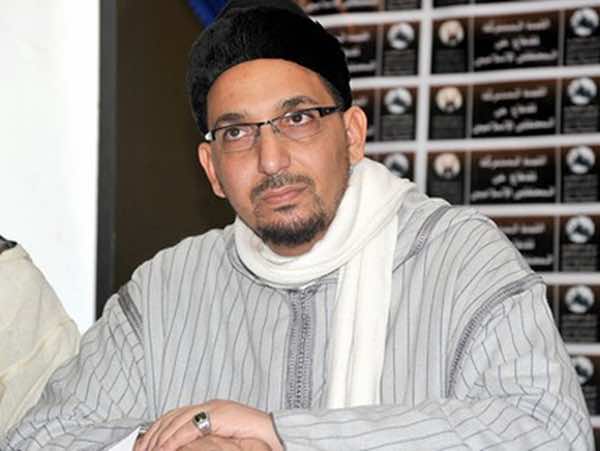 Global Orgasm for peace, is an initiative dedicated for sexual orgasm, observed annually with the end of solstice day that marks the longest night of the year.

Launched since December 21, 2006 by an activist couple Donna Sheehan and Paul Reffell, to urge people throughout the world to have an orgasm during this one day while thinking about peace.

Abou Hafs, who was previously jailed because of his connection with the 2003 Casablanca terror attacks, welcomed this initiative in a Facebook post.

However, he criticized the lack of sex education in Moroccan society that he considers one of “the signs of underdevelopment.”

“As the world now celebrates this human pleasure, many of us are still unaware of its importance and have never experienced it in life, especially women who need further time to reach orgasm,” said Abou Hafs.

He recalled on this occasion, the Islamic Hadith stating that “if any of you has sex with his wife let he be true to her. If he attains his pleasure before her then he shouldn’t hurry her away until she also attains her pleasure.”

The former salafi scholar, who wore a sexologue cap, asserted that fulfilling women’s sexual pleasure would contribute to the stability and happiness of the family.

He also pointed out that “sexual intercourse is not only a mean of procreation, it is also a mean to provide pleasure and intimate complicity.”

“The day when we will integrate this culture into our lives, recognize the role of sex in life and its importance in forming a psychologically balanced personality, reconcile with our bodies and our natural needs, and freely discuss these topics, at this time only, we could celebrate with the whole world the Global Day of Orgasm,” he concluded.

The public figure has previously blamed the recent case of sexual assault that occurred on a bus in Casablanca, on the prevailing sexual frustration among Moroccan youth.

Rafiki has also expressed several liberal Islamic views in the last few years, and held what he called a culture of “frustration and persecution” and the lack of sex education as responsible for the spread of many cases of rape and sexual harassment.

Furthermore, Abou Hafs’ position to hold “reformist” positions had prompted several preachers to criticize him, including Moroccan Salafi sheikhs Abdelhamid Abounaim and Hassan Kettani. It also prompted his dismissal from the Association of Arab Maghreb Scholars.