Rabat - The General Directorate of National Security (DGSN) has denied that its police elements committed torture against a child in the city of Imzouren, where social protest’ movements were carried out after the death of local fishmonger Mouhcine Fikri. 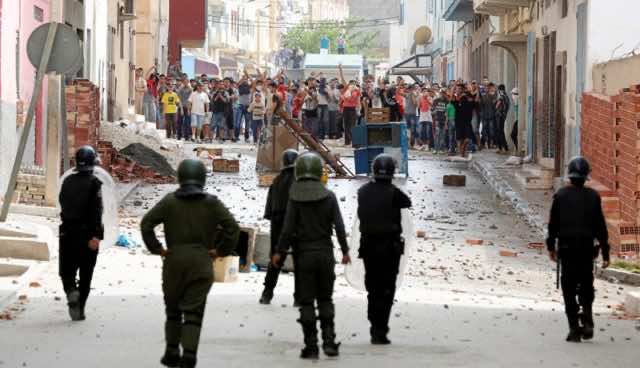 Rabat – The General Directorate of National Security (DGSN) has denied that its police elements committed torture against a child in the city of Imzouren, where social protest’ movements were carried out after the death of local fishmonger Mouhcine Fikri.

On Tuesday, December 26, DGSN issued a press release denying allegations spread on social media about a photo featuring a child with bruises and trauma on different parts of his body. The DGSN added that the photo, which was shared on a Facebook page, was fabricated.

“The photo was taken in the city of Kirkuk, Iraq, of a child who was beaten by members of his family,” said the statement. On social media, the photo was claimed to be taken in Morocco in an apparent attempt to raise tensions in the Rif region, which witnessed hundreds of protests and security interventions.

The statement added that the photo has been published on the internet since October 2014 “before some people re-published it fraudulently as a photo of a Moroccan child.”

DGSN said that it has opened an investigation into this matter in order to arrest the people involved in spreading these fake news.

Imzouren and the neighboring regions, including Al Hoceima were occupied by hundreds of protests in what became known as Hirak Rif. The whole affair started after the death of Mohcine Fikri, who was crushed in a garbage truck on October 26. In response, citizens across Morocco, especially in Al Hoceima and Imzouren, started a series of protests to decry social disparities in the country.

The protests were sanctioned by law enforcement authorities, who arrested many protesters, including minors for their involvement in “unauthorized protests.”

Several detainees were already presented before Moroccan courts, which sentenced many of the activists. Two of them were sentenced to prison terms of up to 20 years in November.

International organizations, including Amnesty International (AI) have called on Moroccan authorities to release detained activities in connection with the Rif protests.