Rabat - The pulse of Morocco’s leadership in Africa has quickened, instilling the Kingdom’s presence throughout the continent. The latest recognition of the country came from Niger, whose minister of foreign affairs said that Morocco provides “multifaceted support” for his country. 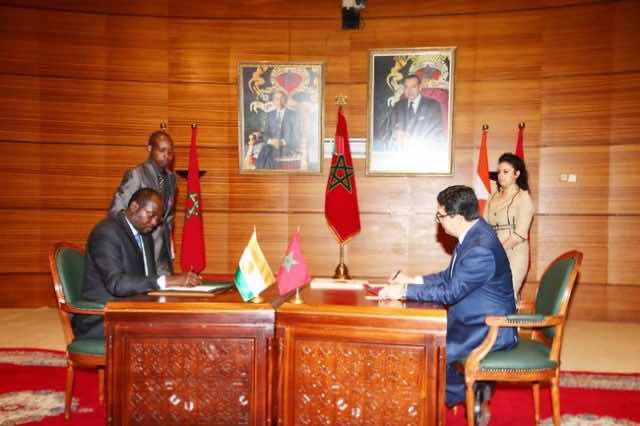 Rabat – The pulse of Morocco’s leadership in Africa has quickened, instilling the Kingdom’s presence throughout the continent. The latest recognition of the country came from Niger, whose minister of foreign affairs said that Morocco provides “multifaceted support” for his country.

Fifty years ago, Morocco established diplomatic relations with Niger. Today, the fruits of corporation continue to thrive and prosper.

At the 4th Morocco-Niger Joint Committee, held on Dec. 25-26 in Rabat and co-chaired by foreign minister Nasser Bourita and his Nigerien counterpart Ibrahim Yacoubou, the latter affirmed that Morocco represents a “very serious and important partner for Niger.”

“Morocco’s support for Niger is growing bigger and more diversified in the sectors of trade, transportation, investment, justice and training,” he said.

The session was concluded by the sealing of 16 agreements in the economic, tourism and cultural spheres, as well as in health, training, justice and transport.

Among the agreements are an accord between the Moroccan Caisse de Dépôt et de Gestion (CDG) and the Nigerien National Social Security Fund (CNSS), as well as a cooperation agreement between Morocco’s employers’ association (CGEM) and Niger’s chamber of commerce and industry (CCIN).

A cooperation agreement between the Casablanca-Settat chamber of commerce, industry and services and the CCIN and a partnership declaration between Barid al Maghrib and Niger Post were also signed.

An agreement on air services was established as well as another on the 2018-2025 program of tourism cooperation agreement.

Three agreements in the judicial field, namely a draft agreement on judicial cooperation in civil, commercial and administrative matters, a protocol of cooperation between the two countries’ ministries of justice and a plan of action on justice were inked.

Two memorandums of understanding were signed. One  in the health sector and another in pharmacy  and health products.

The two officials also vowed to implement a framework cooperation agreement on training and internship and a draft program for the implementation of the cultural agreement, signed in 1967.