Rabat - In 2016, more than a third of Morocco’s exports to Africa were directed to the Economic Community of West African States (ECOWAS), making it the main African regional economic community destination of Moroccan exports. 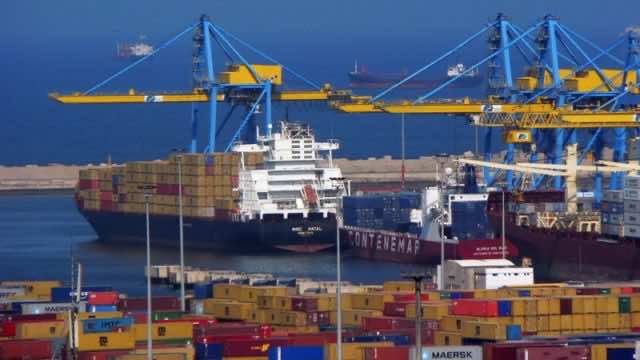 Rabat – In 2016, more than a third of Morocco’s exports to Africa were directed to the Economic Community of West African States (ECOWAS), making it the main African regional economic community destination of Moroccan exports.

The imbriglio on Morocco’s membership into the ECOWAS is not clearing up anytime soon. While the 52nd Summit of the ECOWAS heald earlier this month was supposed to bring more light to the matter, the sudden postponement of the Moroccan file came as a surprise for many.

Several local and international media presented diplomatic and political issues as the reason behind the delay of Morocco’s membership verdict, however, the answer could simply lay in numbers.

While a preliminary version of the study conducted by the ECOWAS on the implications of Morocco’s integration was leaked before the latest corrections and re-readings, the study revealed the latest figures on trade between Morocco and the countries of the region.

In 2016, 37.3 percent of Moroccan exports to Africa were directed to ECOWAS, which made the latter the main African regional economic community destination for Moroccan exports.

The other third consisted of food products, especially fish and wheat flour. At the country level, Côte d’Ivoire alone absorbs around one fourth of Morocco’s total exports to ECOWAS. Senegal came in second with 15.1 percent, followed by Nigeria with 11.7 percent.

To a lesser extent Mali, Guinea, Ghana, but also Burkina Faso, Benin and Togo were also important destinations for Moroccan exports within the community.

While the impact study produced is generally in the favor of Morocco, the kingdom’s membership to this common market of 350 million consumers must be done gradually.

As Morocco is less economically protectionist than the member countries of ECOWAS, access to this market will be more difficult, especially for agricultural and industrial products. In most ECOWAS countries, the average customs fees exceeds 20 percent. However, this figure hides a great disparity between these two sectors.

Goods such as pharmaceuticals exported by Morocco to the West-African community are exempted from customs duties, while other exports such as fertilizers, construction materials, machinery and transport equipment are subject to relatively low to moderate taxes at less than 10 percent. It is therefore not surprising that these products constitute the bulk of Moroccan exports to ECOWAS.

On the other hand, products such as textiles, clothing, tobacco, sugar, meat, vegetables, soap and cocoa are among the most protected by tariffs between 20 and 35 percent. This is the result of the common external tariff (CET) in effect since 2016 within the ECOWAS.

These products, which are currently strongly protected by the ECOWAS, are certainly those on which Morocco hopes to gain export positions. “However, it would be useful to examine the impact that duty-free exports of Moroccan products could have on the import revenues of the countries of the community,” states the impact study presented at the last summit of the regional organization.

Admittedly, ECOWAS already enjoys relatively good access to the Moroccan market, but there are still several products that are extremely protected by the kingdom. These include clothing and accessories, shoes, leather, vegetables, tobacco, dairy products, beverages and spirits, which are taxed by a minimum of 25 percent duty. This finding suggests that the expected gains for ECOWAS will be small.

However, a closer look at the expanded organization in Morocco shows that it would gain diversification to export a wide range of high value-added products. Especially since this dynamic will be carried by two countries: Morocco and Nigeria, two economic growth powers that can pull the African market to prosperity.