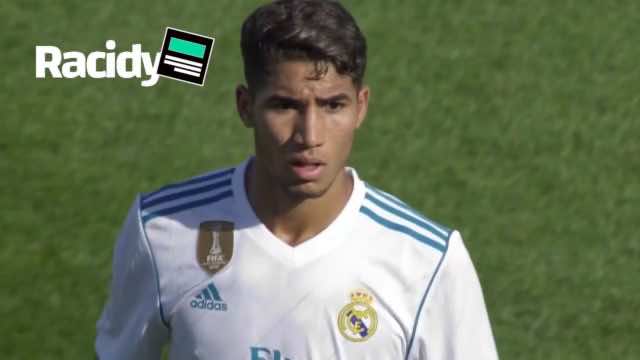 The 19-year old has been establishing himself as a key player with his Spanish team as well as the Moroccan national football squad. Several La Liga’s giant names are targeting the footballer, according to Moroccan sports outlet Lions de L’Atlas.

Hakimi is very proud of being able to play with one of the best football teams in the world. In October, the youngster told beIN Sports that “I am very happy to play with the best team in the world.” Hakimi also expressed his gratitude to Los Blancos coach’s Zinedine Zidane for selecting him to play decisive games in La Liga.

“I am very happy for the trust I was given by our coach and with all that is happening with me,” Hakimi said.

The footballer has delivered a great performance with the Atlas Lions during the 2018 World Cup Qualifiers and has big chances to be among the players who will represent Morocco in the World Cup next summer.

The footballer made his official debut at the Santiago Bernabeu on October 1, when Real Madrid’s key defender Dani Carvajal couldn’t play due to injury. The footballer netted his first goal for his Spanish team on December 10 against Sevilla, becoming the first Moroccan ever to score for Real Madrid.