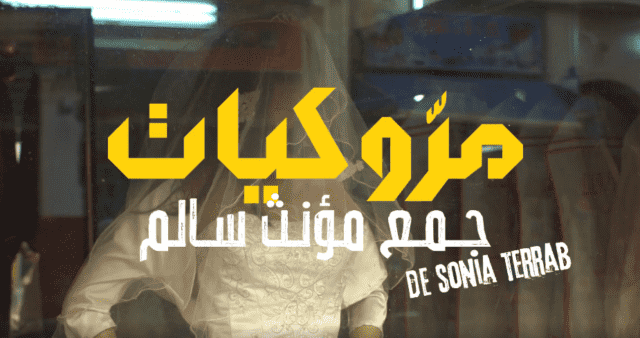 By
Chaima Lahsini
-
Chaima Lahsini is freelance journalist and activist with the Al-Fam collective in Rabat.
Jan 5, 2018
Spread the love

“Marokkiates,” or Moroccan women in Moroccan dialect, is a new project launched by media content platform Jawjab, created and direct by Sonia Terrab last November,  who wants to answer the age-old question, who are Moroccan women?

Breaking one stereotype after another, the four videos published online by the platform have gathered hundreds of thousands of views on social media.

Meriem, Nada, Zahra and Khadija are all Moroccan women who decided to break the traditional mold by which Moroccan women are perceived. Breaching controversial subjects like adoption, hijab, sexual harassment and love; their raw and touching videos are shedding light on the daily life of women in Morocco.

“What love story are you talking about? You think we’re in Paris?” was Zahra’s answer when asked about her perception of love.

With a bitterness hidden behind sharp sarcasm, the street marchant taps her marchandise over and over again before adding seriously this time: “This is love. Business is love.”

“Whether you’re naked, clothed or in a burqa […] men will always perceive you as a prey,” says Khadija, a young woman who decided to spoke about her experience as a hijabi girl.

“I was adopted when I was 12 years old by a single woman,” says Meriem, short hair pulled back and bare eyes staring into the camera. “She treated me well, but she was not my mother. I grew up with no tenderness.”

“You’re asking me about women but I don’t know the answer,” Meriem adds frankly. “I barely can understand women myself.”

And there’s is Nada, recounting how a drunken man tried to forcefully pull her one night. “He asked me how much for a night, and when I tried to defend myself, men who stood there watching me getting attacked told me to shut up, told me to not curse. So I kicked him in the balls.”