By Sanae ElouaziRabat - Moroccans seeking treatment in France are no longer welcome in French hospitals since they have been declared as “bad payers” after accumulating a total of debt EUR 7.3 million. 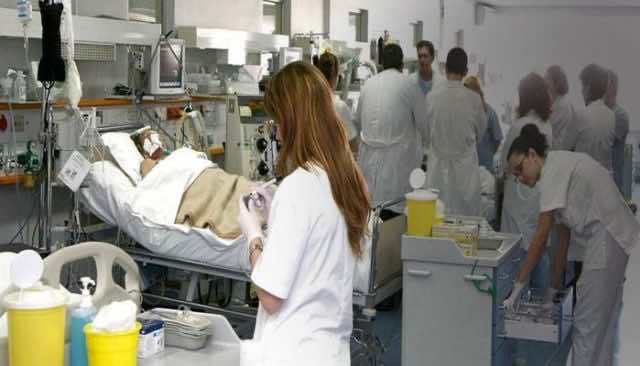 By Sanae Elouazi
Rabat – Moroccans seeking treatment in France are no longer welcome in French hospitals since they have been declared as “bad payers” after accumulating a total of debt EUR 7.3 million.

According to a report conducted by the Public Assistance-Hospitals of Paris (AP-HP) on unpaid bills in French hospitals, Algerians ranked first on the list with a debt of EUR 28 million, equivalent to MAD 308 million.

The United States of America and Tunisia’s nationals have also been reported to not pay their French hospital bills with a total of EUR 3.95 million and EUR 2.97 million respectively.

These considerable amounts concern only foreign patients who are not residing in France, and whose pathology requires treatment in Paris’ hospitals.

French hospitals, which never required advance payment of hospitalization for foreigners in the past, decided to restrict the hospitalization of foreign nationals in France by changing the payment method.

Foreigners are now required to submit documents proving their solvency before receiving any form of care.

This new provision only concerns scheduled hospitalizations, not emergency cases.

Over the years, foreign patients have left behind a EUR 120 million debt to Paris hospitals by late 2014.

Top foreign officials who go to France for treatment were also reported as bad payers. In 2015, Saudi’s King visit to France stirred controversy over the alleged nonpayment of a EUR 3.7 million bill to Paris Hospitals.

In a tweet, the well-known French physician and activist, Patrick Pelloux, recalled that the Arabian kingdom owed EUR 3.7 million to the Public Assistance-Hospitals of Paris (AP-HP).

“Before leaving, the King of Saudi Arabia could pay his bills of EUR 3.7 million to Hôpitaux de Paris. A gesture of courtesy!” the tweet read.

The polemic tweet reached representatives at Hôpitaux de Paris who have confirmed the allegations. According to French media outlets, the debt is not only King Salmane’s responsibility. The EUR 3.7 million include many Saudis treated in Paris.

These types of debts are a recurring problem since foreign officials are not required by law to pay these hospital bills at time of service.