Rabat - Due to the bad weather conditions paralyzing the United States since January 4, 2018, and the subsequent saturation of the NYC JFK airport, all airlines’ flights are experiencing significant disruption and cancellations, announced Royal Air Maroc (RAM) in a press release this Sunday. 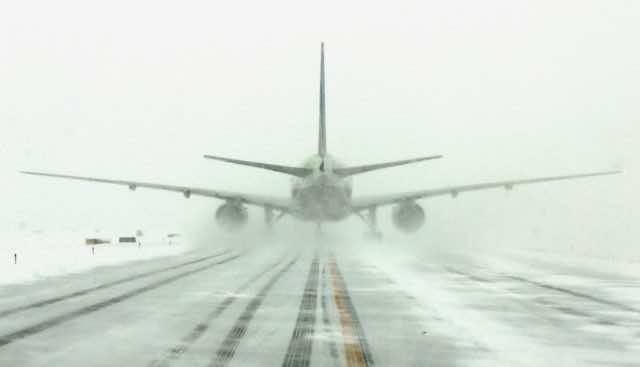 Rabat – Due to the bad weather conditions paralyzing the United States since January 4, 2018, and the subsequent saturation of the NYC JFK airport, all airlines’ flights are experiencing significant disruption and cancellations, announced Royal Air Maroc (RAM) in a press release this Sunday.

Following the disruption of the flights connecting Casablanca to New York, RAM has just issued a press release to clarify the situation.

“Royal Air Maroc, which has not been spared, had to cancel or reschedule some flights linking Casablanca and New York (in both directions). However, RAM is sparing no effort to find solutions to resume US flights scheduled in the coming days, depending on the improved weather in New York,” said the airline.

RAM also urged its passengers to be patient to facilitate the management of this “exceptional situation, independent of the will of airlines and airport authorities.”

For scheduled flights from Casablanca to New York, Royal Air Maroc informed passengers that they will have to expect a congestion and long queues on arrival at the airport JFK (treatment baggage, paperwork, long wait in the plane before landing …).

“By apologizing to the passengers concerned for the inconvenience caused by a situation beyond its control, Royal Air Maroc invites its customers to inquire about the situation of their flights on its website and through its call centers,” the statement concluded.