Rabat - Fouzi Lekjaa, president of Morocco’s Royal Moroccan Football Federation (FRMF) has called on the Moroccan national football team to do their best at this year’s African Nations Championships (CHAN). 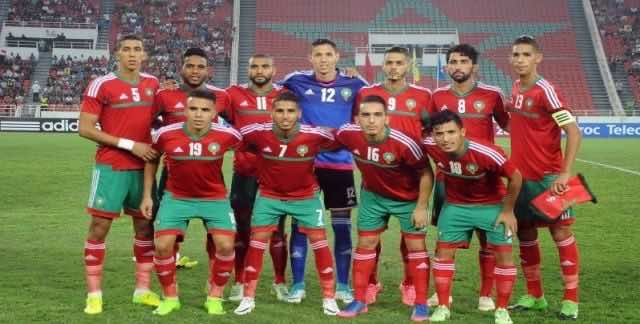 Rabat – Fouzi Lekjaa, president of Morocco’s Royal Moroccan Football Federation (FRMF) has called on the Moroccan national football team to do their best at this year’s African Nations Championships (CHAN).

The first game for the Moroccan team will be against Mauritania on Saturday, January 13. The competitions’ games will be played in four stadiums: Casablanca’s stadium, Marrakech’s stadium, Tangier’s stadiums and Agadir’s stadium.

Lekjaa, who visited the players recently during a training session in Skhirat, a coastal resort approximately  20km south of  Rabat, told the players and the team’s technical staff that FRMF has done its best to support them and hopes they can make the FRMF proud with a good result.

According to Moroccan daily Al Akhbar, Jamal Sellami, the team’s manager said that the despite the absence of two key players due to injury, his team will do  its best to clinch the 2018 CHAN title.

Sellam said that several factors can encourage his team to go very far in the 5th edition of the tournament: Morocco’s qualification to the 2018 World Cup and Wydad Casablanca’s CAF Champions League victory.

On Saturday, January 6 the Moroccan local team defeated Cameroon with a 3-1 victory in a friendly game. The Moroccan team has been placed on November 17 in Group A along with Guinea, Sudan and Mauritania, according to the results of the draw of the 2018 CHAN, which took place in Rabat.

After the final draw of the competition, Lekjaa said that the Moroccan local team ‘has no right to make errors.4

“The Moroccan squad can not afford to make any mistakes, especially as the team will play in Casablanca’s Mohammed V stadium “in front of an exemplary public.”