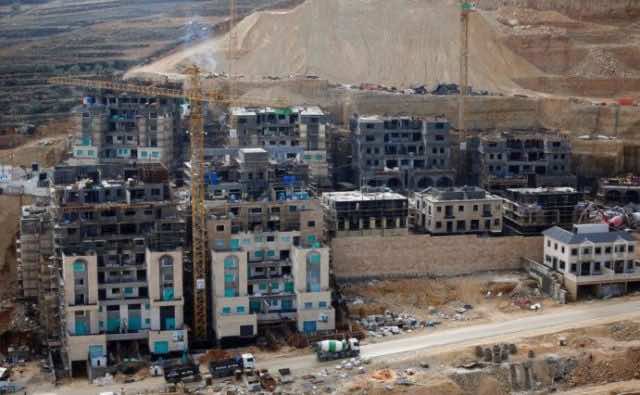 Approvals were given on Wednesday by a defense ministry committee authorized to oversee settlement construction.

“The government is attempting to destroy the possibility of a two-state solution and the prospects of peace,” Peace Now NGO said.

“This agenda runs counter to Israel’s national interest, as well as the interests of everyone who seeks a peaceful future in the region,” the statement adds.

The 1,122 housing units approved on Wednesday are at various stages in the process. Hagit Ofran of Peace Now told AFP that three hundred and fifty-two homes received final approval, while the others are at an earlier stage in the process.

Following this decision, the European Union called on Israel on Thursday, to reconsider its plans to build new homes in the West Bank, recalling that any settlement activity is “illegal” and likely to undermine the viability of the two-state solution to the Israeli-Palestinian conflict.

“The position of the European Union on Israeli settlement construction and related activities is clear and has not changed; any settlement activity is illegal under international law and undermines the viability of the two-state solution and the prospect of lasting peace, “said an EU spokesperson for Foreign Affairs in a statement.

“The EU expects the Israeli authorities to reconsider and revoke these decisions,” the statement adds.

Saeb Erekat, the secretary general of the Palestine Liberation Organisation, lambasted Israel’s move and said that it “continues with its plan to bury all the chances of a political settlement.”

Erekat added that Israel is being “encouraged” by US President Donald Trump especially after he formally declared Jerusalem as Israel’s capital,  move that has been condemned by the international community as unproductive, dangerous, and against international law.