Rabat - The luxury Ritz-Carlton hotel, where Crown Prince Mohammed bin Salman (MBS) has locked up about 200 dignitaries and top Saudi officials for more than two months, is expected to reopen in February after it remained closed to the public.

Rabat – The luxury Ritz-Carlton hotel, where Crown Prince Mohammed bin Salman (MBS) has locked up about 200 dignitaries and top Saudi officials for more than two months, is expected to reopen in February after it remained closed to the public.

“Preparations are underway to open the hotel in February,” an unnamed source was quoted by AFP as saying without providing further details.

On its website, the five-star Ritz-Carlton in Riyadh is taking bookings again starting from 14 February.

In late November, Saudi Arabia’s strongman ordered the arrest of about 200 dignitaries and top officials as part of anti-corruption crackdown, claiming that over $100 billion had been lost to embezzlement and corruption in the past decades.

The massive and unprecedented purge came hours after a Saudi royal decree announced the formation of an anti-corruption commission headed by the Crown Prince Mohammed Bin Salman, who promptly ordered a high-profile cabinet reshuffle.

To date, the list of detainees is still unknown, but is said to include at least 11 princes, among whom the billionaire prince Al-Walid Bin Talal, who is facing accusations of money laundering, corruption and extortion.

The majority of those detained were released after negotiating their exit for very large sums of money, but Bin Talal’s sum is believed to be one of the largest sought by the Saudi authorities after they ordered him to pay at least $6 billion in exchange for his freedom according to the Wall Street Journal. 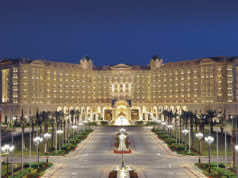