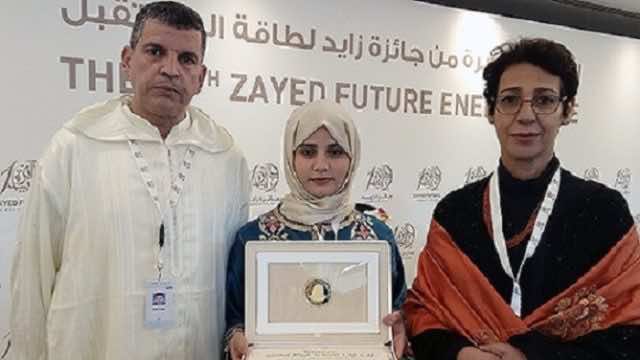 The high school is an all-girls institution, which comprises of pupils from “modest families of artisans and farmers,” according to the organizers.

The award was handed by Sheikh Mohammed Bin Zayed Al-Nahyan, Crown Prince of Abu Dhabi, to Fatima Kander, a teacher at the institution, during a ceremony held on January 15, to mark the opening of the Abu Dhabi Sustainability Week (ADSW).

The Zayed Future Energy Award forms part of the Abu Dhabi Sustainability Week, in recognition of the importance of the renewable energy project featured by the Moroccan high school.

The Aouda Saadia school plans to add solar water heaters, photovoltaic panels and LED light bulbs to reduce the energy use of the school and provide hot showers, according to the competition’s official website.

The school also aims to install floor lamps to light the school at night, so that students are safe during night-classes in service of local women seeking to become literate.

The high school also plans to develop teaching modules, educational tools and training workshops for students, and to provide air conditioning for classrooms to help students concentrate, according to Zayed Future Energy organizers.

Approximately 1,500 students pursue their education in the Aouda Saadia high school , which is located in the center of the medina of Marrakech. The girls school covers an area of 5 hectares. It has an environmental club, a nursery, a club and a well that operates based on a drop-by-drop technique.

Kander told Maghreb Arab Press (MAP) that she is proud of this continental award, noting that it would help the high school to rationalize the use of energy.

Established in 2008, the Zayed Future Energy Award is an international price initiated by UAE leaders. The prestigious award aims to reward and encourage leading institutions in the field of renewable energy and sustainability in the categories of Large Enterprise, Small and Medium Enterprises, NGOs and NPOs and school establishments. 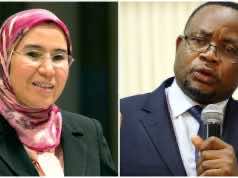