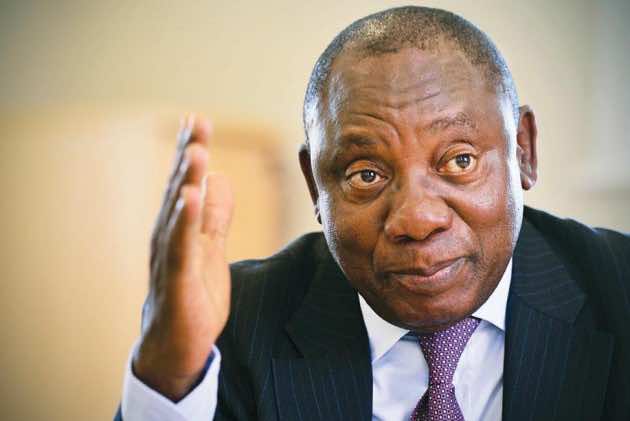 Rabat – Last Saturday, as the African National Congress (ANC), South Africa’s incumbent party, celebrated its 106th anniversary, Cyril Ramophosa, the party’s newly elected leader, said in his speech that the ANC would not relent on its position regarding the Western Sahara question. This despite the recent rapprochement between Rabat and Pretoria.

A former protégé of Nelson Mandela, Cyril Ramophosa is lauded by a number of high-ranking ANC members as a leader who will “bring transformative energy to the ANC.”

“At the center of all our efforts this year must be the fundamental renewal and revitalization of the African National Congress (ANC),” Ramophosa said in his speech.

As far as his domestic agenda is concerned, he vowed to help eradicate the “factionalism, corruption, and patronage” that pervaded the ANC in recent years. He called for an inclusive and socially responsible ANC, adding that “We need to work with urgency and seriousness to address challenges.”

But it is his foreign policy guidelines that have attracted considerable attention from number of observers and analysts of the current state of affairs in Africa’s political landscape.

Promising “faithfulness to the founding principles of the ANC,” Ramophosa said that “The ANC reaffirms the inalienable right of the people of Western Sahara to self-determination and independence.”

“The ANC condemns the withdrawal of Morocco from the UN-led peace process and calls on the UN to bring all parties back to the negotiation table,” he added.

This stance, though, faithful to what Ramophosa sees as the ANC’s founding pillars, comes at a particularly contentious time, especially given the fact that not more than three months ago, Morocco and South Africa engaged agreed to resume bilateral relations.

During the African Union’s fifth summit in Abidjan on November, 29th, 2017, king Mohammed met his South-African counterpart. The two leaders discussed terms for warmer diplomatic relations between their respective countries.

On January, 9th, 2018, Maite Nkoma Mashabane, South Africa’s minister of foreign affairs, met his Moroccan counterpart on the sideline of a summit on immigration held in Rabat. The two officials reaffirmed the stances of their respective heads of state, with Morocco’s minister of foreign affairs and international cooperation Nasser Bourita saying after their meeting that “When Morocco and Rabat join efforts to serve the African agenda, Africa will have a stronger voice, and a much bigger influence on multinational issues.”

As Morocco and South Africa constitute “the two largest investors in the continent” according to a recent report by the Afro-Middle East Center, Rabat and Pretoria are expected to transcend their divergences by prioritizing feasible and mutually beneficial policies.