Rabat - Morocco’s minister of foreign affairs, Nasser Bourita, was welcomed by Algerian officials, including the country’s foreign minister Abdelkader Messahel who recently accused Morocco of “laundering drug money via its banks in the continent.”

Rabat – Morocco’s minister of foreign affairs, Nasser Bourita, was welcomed by Algerian officials, including the country’s foreign minister Abdelkader Messahel who recently accused Morocco of “laundering drug money via its banks in the continent.”

Bourita landed in Algeria on Sunday in order to take part in the Western Mediterranean Forum, commonly known as the 5+5 Dialogue.

Pictures released on social media show the Algerian official as he received the Moroccan foreign minister.

Morocco’s Participation in the 5+5 Dialogue

Speaking at the symposium, Bourita said that this forum, which is aimed at engaging in a calm dialogue and developing fruitful cooperation, is confronting various challenges in the areas of security, environment, socio-economic issues, culture and identity.

In his remarks, Bourita added that the symposium is set to showcase its relevance as long as it provides “the right framework for lucid dialogue, sincere commitment and concerted action.

For Bourita, the Western Mediterranean region can be the “catalyst for shared growth,” Maghreb Arab Press reported.

In terms of youth and employment, Bourita said that the symposium can help manage the issue of the youth in its economic, social cultural and human dimensions.

The Moroccan diplomat also voiced Morocco’s proposal to host a 5 + 5 Ministerial Conference devoted to the youth. This proposal is aimed that setting up a “regional agenda” for young people

“The gap between the two shores is, therefore, real, but the gap within the south shore itself is disappointing,” Bourita pointed out, adding that this situation requires a stronger commitment to an innovative, inclusive and sustainable approach to trade development, investment and employment.

Bourita added that Morocco is involved in a dynamic process to optimize its development model under the leadership of King Mohammed VI, adding that the North African country believes that status quo and protectionism cannot help create economic development.

During the event, Bourita has also underscored Morocco’s 2013 migration policy under the auspices of King Mohammed VI, one of two regularization campaigns for the situations of migrants in Morocco.

Bourita said that Morocco has played a leading role in this area at the African level as the King “is the leader in charge of the migration issue within the African Union.”

According to Bourita, Morocco will represent its vision for an African Agenda during the 30th AU summit, scheduled to take place January 22 to 29, 2018 in Addis Ababa.

He also recalled Morocco’s fruitful migration cooperation with several countries, including Spain and France, noting that Morocco will host the first International Conference on the Global Compact for Safe, Orderly and Regular Migration in December 2018.

Morocco’s Vision to Fight Against Terrorism

Bourita said that Morocco’s policy against terrorism, which was adopted by King Mohammed VI, is based on an approach that included the dimensions of security, economic growth, human development and cultural preservation.

Morocco has been establishing itself as a leader in the training of imams, both in Europe and Africa, Bourita said. 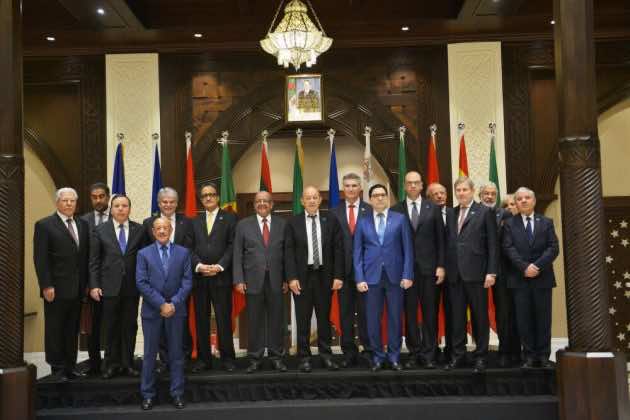