Rabat - Morocco is expected to play a friendly game against Argentina in Casablanca’s stadium in May, an opportunity that Moroccan fans of Argentina’s key footballer Leo Messi will enjoy. 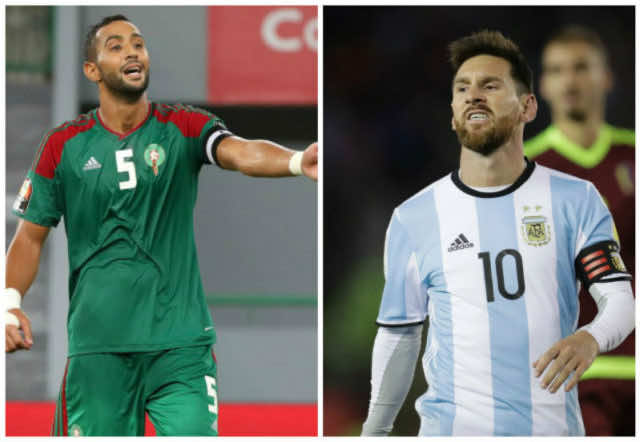 Rabat – Morocco is expected to play a friendly game against Argentina in Casablanca’s stadium in May, an opportunity that Moroccan fans of Argentina’s key footballer Leo Messi will enjoy.

According to Moroccan newspaper Ahdath Al Maghribia, Morocco’s Royal Football Federation (FRMF) is working intensively to work out a date for a friendly match between the Atlas Lions and Argentina.

The match will be part of Morocco’s training sessions in preparation for the 2018 World Cup, which will kick off June 15.

The training sessions will allow Morocco’s national football team coach Herve Renard to identify the strengths and weaknesses of his squad. The sessions are also aimed at helping Moroccan footballers improve their performances.

FRMF is currently holding talks with Argentina’s football federation to make the game official, added to an unidentified source quoted by newspaper.

The Moroccan squad is also set to play friendly matches against Serbia and Uzbekistan. The friendly game against Serbia is scheduled for March 23 in London, while the match against Uzbekistan is set to be played in Casablanca on March 27.

Before the tournament’s final draw on December 1 in Moscow, Moroccan daily newspaper Assabah reported that Morocco’s Renard wanted his team to play against European and Latin American squads to evaluate the Lions’ abilities.

Earlier this year, speculation spread in international media that the Moroccan team would play two friendlies against Scotland and Argentina.

Fouzi Lekjaa, president of FRMF, said in an interview with Moroccan sports channel Arriyadia that the Moroccan squad will face Argentina in a friendly in Agadir.

FRMF was also wishing for a friendly against the Belgian national football team, but the Belgian football federation denied its request.

In December, Youssef Hijoub, a Moroccan FIFA agent, said that the Belgian team declined FRMF’s invitation due to security concerns.

Speaking in a TV program featured by French news channel France24, Hijoub said that the Belgian authorities refused friendly matches against countries of North Africa, including Morocco, Tunisia and Algeria in order to avoid all security threats.