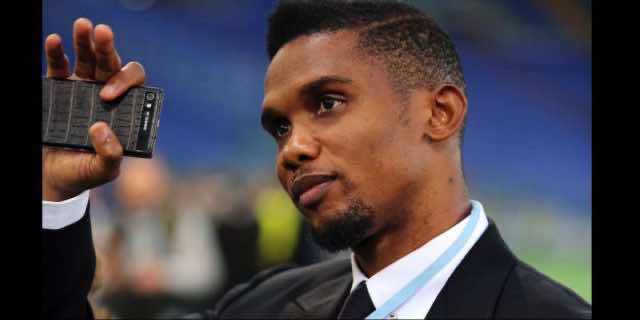 The world cup is football’s most fabulous and celebrated worldwide event, and the Moroccan football federation grasped yesterday’s opportune moment to name Samuel Eto’o as ambassador for the kingdom’s bid.

During the press conference, the president of Morocco’s football deciding body revealed that Eto’o will be one of the numerous ambassadors of the kingdom’s world cup bid.

The former Barcelona and Inter Milan star is said to be a fervent supporter of Morocco’s candidacy.

Despite the social media uproar that followed the official launching of Morocco’s logo yesterday, many experts and football fans are confident about the robustness of the kingdom’s bid. Part of the reasons, they argue, is that this time the kingdom has the support of a whole continent.

Following the contentious Morocco 2026 logo that Moroccans on social media have disparaged, describing it as “a visual catastrophe” or “an amateurish quick-fix”, the nomination of Samuel Eto’o as ambassador of the kingdom’s bid may, after all, be a morale boost for those who, be they in Morocco or in other parts of the continent, are unflinching in their hope of another African World Cup after South Africa 2010.

In his speech at yesterday’s press conference, Moulay Hafid Elalamy, president of the committee in charge of organizing Morocco’s bid, saluted Morocco 2026 as a “dynamic African candidacy” that opens itself to the world, and celebrates football and its twin-values of respect and tolerance.

“Organizing the 2026 World cup”, he said, “will reinforce the social, economic, and environmental development of Morocco and the continent of which it is a member.”