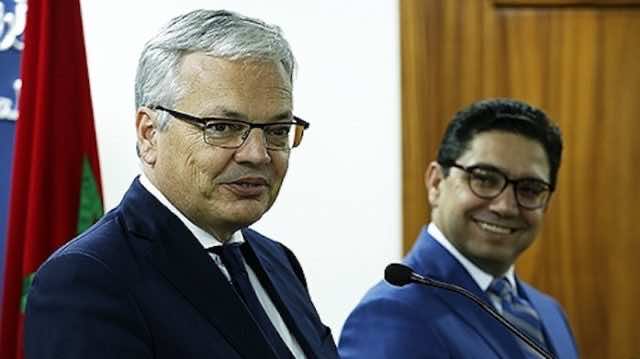 The presence of Belgium at the Security Council “will bring a lot of experience, lucidity and wisdom to the work of the Council in a very important international context”, Bourita pointed out at a press briefing in Rabat following talks with Belgian Deputy Prime Minister and Foreign Affairs Minister Didier Reynders.

The minister praised the “exceptional” relations between Morocco and Belgium, adding that these ties are marked by “historical depth, human dimension, good economic cooperation and convergence of views on the main political issues.”

“Our talks were an opportunity to discuss the means to improve cooperation mechanisms at the level of regular political consultations and the High Partnership Committee”, he said.

“The good political entente should also be reflected at the economic level”, he went on, noting that Belgium is today the eleventh international partner of Morocco and its seventh partner in Europe and that actions planned during this year will further strengthen this dimension.

Commenting Euro-Mediterranean cooperation, Bourita said that “Morocco has always considered Belgium as a reliable partner in the European Union”, noting that Belgium is “a partner who has often had constructive stances regarding the interests and challenges of Morocco within the EU.”

Bourita also stressed the importance of the Euro-African dimension, while advocating for a triangular relationship through a stronger dialogue “to go together to Africa.”

For his part, Reydners said he was “delighted” by Morocco’s support to Belgium’s candidacy as a non-permanent member of the UN Security Council.

“This is an opportunity for us to play a linking role and to propose solutions to problems, conflicts or difficult situations”, he said.

Reydners started on Wednesday a two-day working visit to Morocco, with the aim of developing cooperation and relations between the two kingdoms.