Rabat - Morocco’s ambassador to the United States, Lalla Joumala Alaoui seeks to promote Morocco’s position among US opinion makers during talks she held on Tuesday in Washington, D.C. with President of the National Press Club (NPC) Andrea Snyder Edney.

Rabat – Morocco’s ambassador to the United States, Lalla Joumala Alaoui seeks to promote Morocco’s position among US opinion makers during talks she held on Tuesday in Washington, D.C. with President of the National Press Club (NPC) Andrea Snyder Edney.

The two officials met at the National Press Building, which houses NPC headquarters and dozens of US and foreign media offices, including Morocco’s news agency MAP.

The meeting was aimed at discussing the means of strengthening relations between the National Press Club, one of the world’s most influential media organizations, and Morocco.

Alaoui affirmed that she will strive to boost cooperation between the two sides, expressing the embassy’s willingness to be an interlocutor with members of the National Press Club.

The Moroccan representative went on to list recent reforms implemented in Morocco, particularly those that touch institutional sectors, socio-economic issues, women’s empowerment and the religious field as part of a forward-looking and proactive approach that makes Morocco a haven of peace and stability in the region.

The president of the National Press Club said she was delighted to receive Morocco’s ambassador to the US, and she expressed her willingness to push for the consolidation of relations between the NPC and Morocco through training, organizing conferences about Morocco, and future exchange visits.

After the talks finished, Alaoui visited MAP’s offices at the National Press Building, where she met with journalists who report on news related to Morocco-US relations, international institutions based in the US and the United Nations, and issues affecting the Moroccan community in the US. 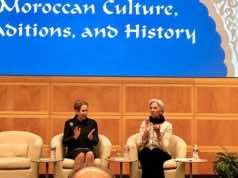 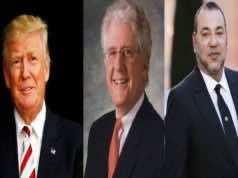 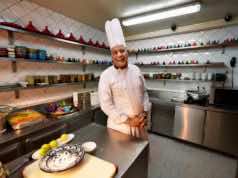 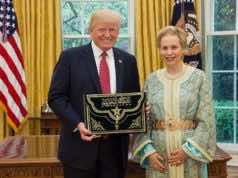