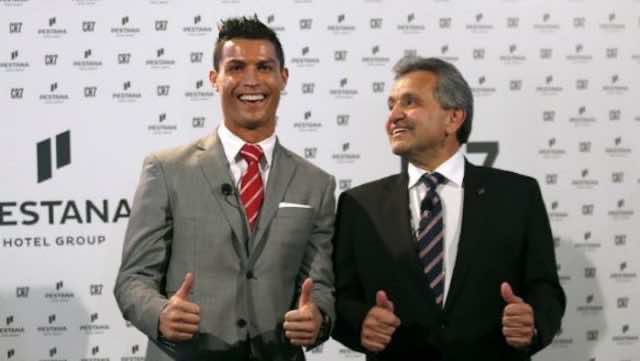 The much anticipated announcement was made Wednesday in Lisbon.

Ronaldo’s Perstana CR7, located at M Avenue in the center of Marrakech, will feature 168 rooms and will have two restaurants, a fitness center, a business center, a pool and a spa.

“We are delighted to be a part of this project. Marrakech is a successful and increasingly sophisticated destination, the perfect environment for the implementation of Lifestyle and Boutique hotel brands,” Roquette said.

Ronaldo wants to open hotels in new markets across Asia and the Middle East, where he is very popular. Pestana’s CEO told Reuters in December that the hotel chain is also seeking to expand its presence in Spain and the United States.

Two CR7 hotels are now open, one in Ronaldo’s hometown in the Madeira Islands, and another in Lisbon. Two more will open in Madrid and New York City in the future.

The soccer player’s decision to open a hotel in Marrakech is not arbitrary or random. He is a frequent visitor to the city that he once named, “The City of Joy.”