Rabat - A bomb attack on a police station in Colombia killed five policemen while more than 40 others were injured on Saturday, January 27. 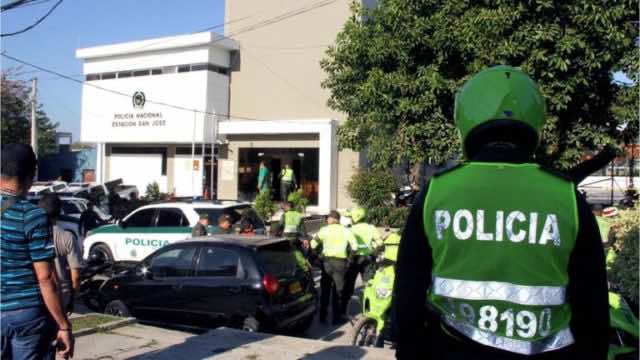 Rabat – A bomb attack on a police station in Colombia killed five policemen while more than 40 others were injured on Saturday, January 27.

The bombing took place as police officers were gathered to receive morning assignments outside the station in Barranquilla, a city and municipality located in northern Colombia.

International media reported that the attack was in vengeance for a police crackdown on drug smuggling and criminal cartel activity in the city.

According to British news outlet BBC, police are offering a reward of 50 million pesos for information that may help identify any suspects.

The city’s police have already arrested a 31-year suspect. According to the Colombian daily newspaper El Tiempo, the detained suspect was arrested near the police station in possession of radio equipment and floor plans of the building.

Authorities believe that the explosive device was planted in the station earlier and then remotely detonated.

The majority of the injured officers are in stable condition, but several others are listed in serious condition.

Colombia’s President Juan Manuel Santos described the attack as “cowardly”, adding that authorities would be tireless in their investigation until they have arrested everyone who was involved.

Morocco Calls Upon UNESCO to Support Rehabilitation of Beirut Schools