Rabat - On Sunday, January 28, the United Nations chief, Antonio Guterres, visited an exhibition on Morocco’s contribution to peacekeeping and security operations, held on the sidelines of the 30th Summit of the African Union (AU). 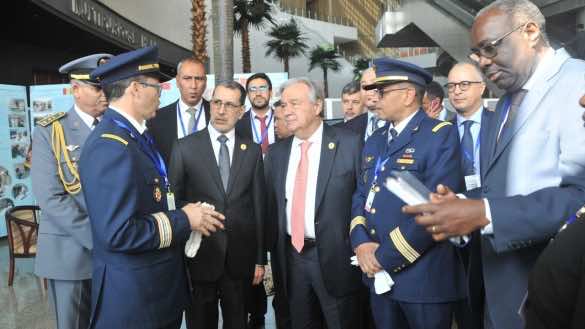 Rabat – On Sunday, January 28, the United Nations chief, Antonio Guterres, visited an exhibition on Morocco’s contribution to peacekeeping and security operations, held on the sidelines of the 30th Summit of the African Union (AU).

While he was there, the UN Secretary-General lauded Morocco’s contribution to peacekeeping operations and humanitarian action in Africa for more than half a century, according to Maghreb Arab Press (MAP).

The exhibition is featured on the sidelines of the 30th Summit of the African Union.  Morocco’s Head of Government Saad Eddine El Othmani is representing King Mohammed VI throughout the summit.

The rest of the Moroccan delegation includes Nasser Bourita, Minister of Foreign Affairs and International Cooperation, and Mouhcine El Jazouli, who was appointed by King Mohammed VI on January 22, as the first Deputy Minister of African Affairs.

Approximately 51,000 Moroccan peacekeepers have participated in five United Nations peacekeeping operations in Africa. Morocco, under high instructions by the King, has deployed the construction 11 medical and surgical field hospitals in 10 African countries and provided more than 530,000 medical services to the local populations, said MAP. 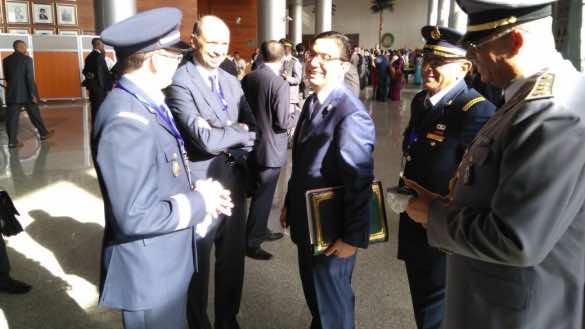