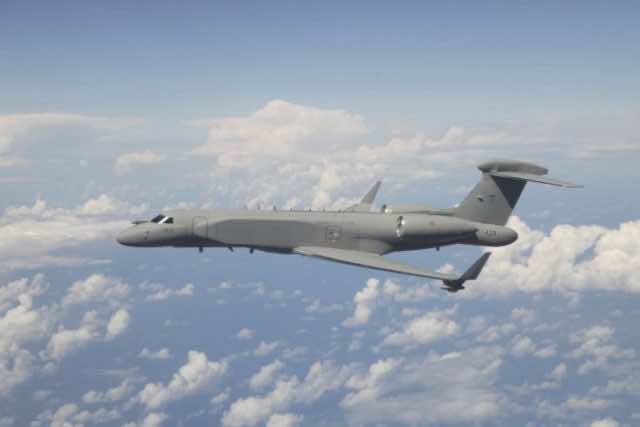 According to Defensa, there are signs of strategic rapprochement between the USA and Morocco, adding that, as a result, a recent military deal between the USA and Saudi Arabia might have been concluded, with the Saudi kingdom’s promising to finance the acquisition of four electronic surveillance and military reconnaissance aircrafts for Morocco’s Royal Air Forces.

“The Moroccan Air Forces could receive up to four aircrafts adapted for Israeli electronic surveillance tasks thanks to an agreement between the United States and Saudi Arabia that would finance this acquisition”, wrote José Navarro, the Defensa journalist who authored the said article.

“While the four aircrafts would be American, specifically Gulfstream G550 (Gulfstream Aerospace, a subsidiary of General Dynamics), the aircrafts would ship Systems of Intelligence, Surveillance, and Reconnaissance of Israeli origin”, the article further reported.

These aircrafts bespeak a strong military and strategic rapprochement between Morocco and the United States, as they will upgrade and modernize the current level of the Moroccan Royal Air Forces’ surveillance, interception, monitoring, and interference machinery, the article suggested.

Algeria allegedly acquired, in 2016, three aircrafts of similar functions; however, it has been reported that given the upgraded specificities of the new types, the aircrafts Morocco is about to acquire are, reportedly, of far greater capabilities.