Rabat - On Sunday in Agadir, King Mohammed VI chaired the presentation ceremony of the 2014-2020 Industrial Acceleration Plan for the Souss-Massa region. 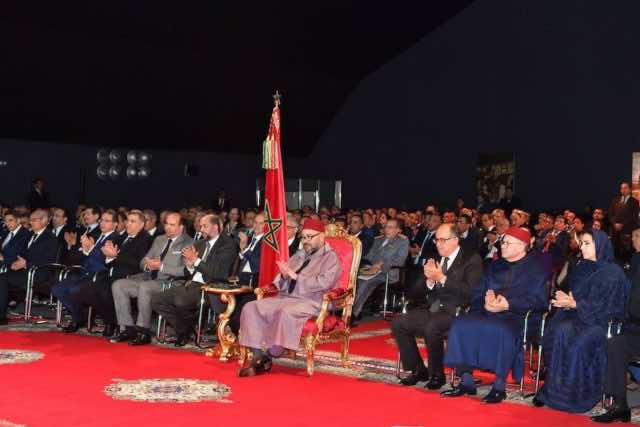 Rabat – On Sunday in Agadir, King Mohammed VI chaired the presentation ceremony of the 2014-2020 Industrial Acceleration Plan for the Souss-Massa region.

The multi-year project, which continues the regional implementation of the national industrial strategy, forms part of the monarch’s vision that encourages balanced, sustainable and inclusive territorial development projects.

King Mohammed VI’s vision is aimed at making the region an economic development magnet capable of creating greater employment opportunities for all citizens, promoting its natural wealth and supporting its many productive sectors. A core priority is inclusive growth for the region’s diverse population.

In a statement read before the King, Minister of Industry and Trade, Moulay Hafid Elalamy, said that the industrial sector “adopts a regionalized approach, in line with the royal instructions, in order to identify the productive activities closer to citizens, to capitalize on the potential of all our regions and to reach a new level of emergence.”

According to Maghreb Arab Press (MAP), the industrial plan is part of the nation’s core development strategy carried out under the leadership of the King, who has been encouraging regional development that focuses on each region’s specific needs, assets and priorities. The regional plan also aims to create productive social and cultural activities to serve the interests of citizens.

Through this envisioned project, the region of Souss-Massa will be a platform for the further development of agricultural products that are designed for both domestic consumption and for export, especially to nations on the African continent.

The shipbuilding infrastructure sector will invest MAD 5 billion at the national level, while the chemistry sector will benefit from support that promotes the development of organic and green chemistry.

To fulfill these commitments, the Souss-Massa region’s private sector will invest MAD 500 million to invest in these industrial projects.

King Mohammed VI’s visit to Agadir was also marked by a signing ceremony of eight agreements and a protocol intended to promote the industrial plan of the region. The first agreements concern the implementation and development of the automotive, leather, naval, chemistry, plastics, building materials and offshoring ecosystems in the Souss-Massa Region.

The second agreement signed before the King promotes the training needs of employment and human resources of the industrial development strategy for the region by 2020.

Other agreements signed before King Mohammed VI on Sunday include:

An agreement to set up a Cité de l’Innovation in the Souss-Massa region.

An agreement for the development, promotion, marketing and management of the Souss-Massa free zone.

An agreement for the implementation of the region-wide development strategy of agro-food industries for the Souss-Massa region.

An agreement for the financing of the Agribusiness Development Program.

An agreement for the establishment of a Technopark in the Souss Massa region.

An agreement to support the establishment of a private fund for the development of investment in the Souss-Massa region.

A protocol for the realization of 11 industrial investments in the sectors of building materials, plastics, paper and cardboard industries, as well as offshoring.