Rabat - Raja of Casablanca’s former key defender, Jawad El Yamiq, has taken to his Facebook page to bid farewell to his loyal fans and to thank them following his recent transfer to Italy's Genoa football club. 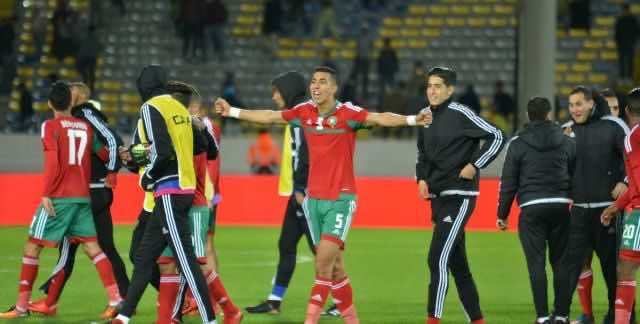 Rabat – Raja of Casablanca’s former key defender, Jawad El Yamiq, has taken to his Facebook page to bid farewell to his loyal fans and to thank them following his recent transfer to Italy’s Genoa football club.

El Yamiq posted a picture of himself as he was wearing Raja’s jersey. Addressing his Moroccan fans, El Yamiq wrote, “My words will not express the extent of love and appreciation for you over the support you have been giving to me in order to achieve part of my goals.”

El Yamiq has also expressed his gratitude to his fans for the trust they placed in him and his abilities to proudly wear Raja’s jersey, a legacy “already carried by former legends of national football.” The 25-year-old footballer promised his fans that he will do his best with his new European team.

On his Twitter account, Benatia shared a picture of the pair. Congratulating El Yamiq, Benatia wrote, “a new adventure [begins] for my brother Jawad El Yamiq. It is on you to well represent Morocco in Europe. I wish you the best.”

Raja (RCA) and Genoa reached an agreement for the transfer of El Yamiq last week. According to the sports news outlet L’Equipe, El Yamiq has signed a four-year contract with the Italian football team.

RCA received EUR 800,000 for the transfer and an additional EUR 800,000 in possible bonuses for El Yamiq who is also part of the Moroccan national team competing in the African Nations Championship (CHAN) 2018 which concludes this Sunday.

The 25-year old footballer signed for Raja in August 2016 after spending five years with Morocco’s Olympique Khouribga, with whom he won the Moroccan Coupe de Trone in 2015.

Genoa’s roster also includes Moroccan-born midfielder Adel Taarabt who has been delivering great performances for his Italian team this season.