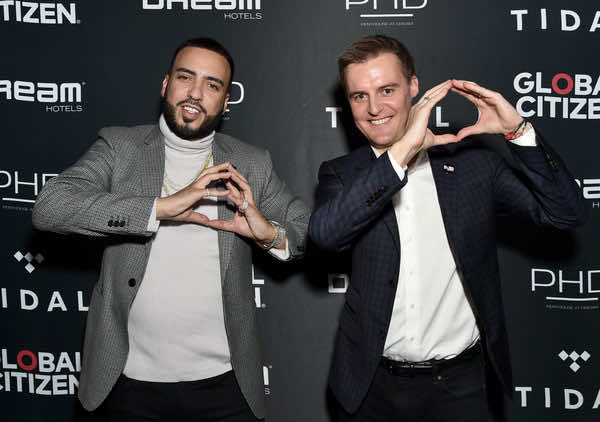 Born in Morocco, French Montana spent the first 13 years of his life in Morocco before immigrating to the US with his family. His love of Morocco, though, is never hidden. Known for his generosity, French Montana was just named a Global Citizen Ambassador by Global Citizen, a social initiative platform that supports social and economic development efforts. At an event in New York City last week, the social action platform crowned the rapper as its ambassador for universal healthcare and education for his generous philanthropic efforts.

The rapper donated USD 100,000 to the MAMA Hope Organization in Uganda, to expand a health facility in the African country. He also filmed the video for his song “Unforgettable” in Uganda.

During his stay in the African country, the rapper visited the Suubi health center and met with the organization’s founders. Afterward, he decided to donate a large portion of the video and song proceeds to the organization with the aim of supporting the center’s maternal health programs.

French Montana is planning to help improve the education system in Morocco by donating funds for the acquisition of computers, books and faculty, according to TMZ.

Kharbouch has become the first rapper to clinch the Global Citizen Ambassador title. “We are so happy to be partnering with French Montana, who embodies the true meaning of being a Global Citizen and are grateful for his commitment to using his platform to lift up those in most need, said Hugh Evans CEO of Global Citizen.”

French Montana told TMZ before the ceremony that, “The whole idea of this is to spark the mind of the world leaders, you know? To help and do something on a bigger scale.” He said, “I just feel like all the mothers and children should have the right care. It should never be a privilege, it should be a right.”

French Montana often pays public tribute to Morocco through his song lyrics, music videos, and social media posts. Recently, he unveiled the much-anticipated video for his latest hit “Famous,” shot on the streets of Chefchaouen.