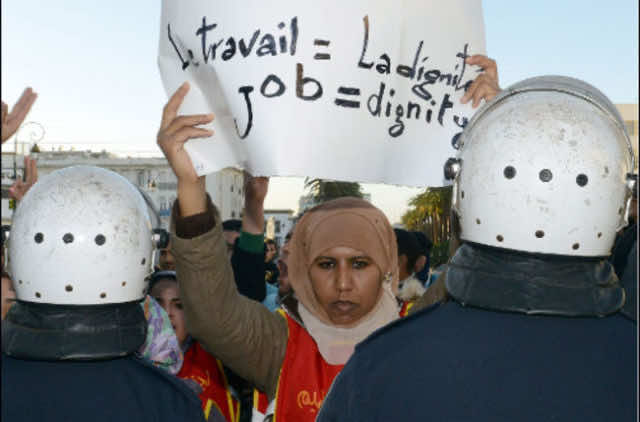 The HCP figures show the increase of the national unemployment rate from 9.9 percent to 10.2 percent between 2016 and 2017, increasing 4.2 percent year-on-year.

According to the HCP note, the unemployment rate increased from 14.2 percent to 14.7 percent in urban areas while rural unemployment was lower at 4 percent.

The services sector created 26,000 jobs, while agriculture, forestry and fishing sectors added a total of 42,000 jobs. Construction and public works added 11,000 jobs, while textiles and the creative industry including artisanat created 7,000 posts.

However, these figures continue a trend of flat job growth in several sectors that have kept unemployment stubbornly high for several years.

The note of the HCP also showed a slight increase in underemployment, which refers to a population employed at less than full-time in regular jobs or at jobs inadequate with their training or economic needs.

The report notes that the underemployed population reached 1.044.000 individuals, marking a .02 percent rise compared to 2016 (9.6 percent to 9.8 percent) at the national level.