Rabat - After the African Nations Championship (CHAN) drew to a close on February 4, the Moroccan national team left an indelible mark on the international football community. 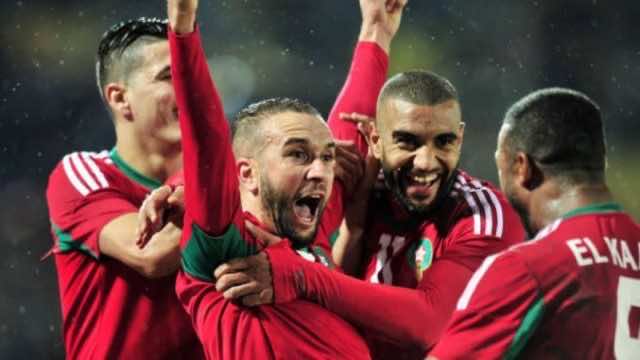 Rabat – After the African Nations Championship (CHAN) drew to a close on February 4, the Moroccan national team left an indelible mark on the international football community.

The British-based news outlet The Sun was full of praise for two Moroccan footballers who contributed to Morocco’s victory during the 2018 CHAN.

In a post published on February 5, The Sun profiled five CHAN stars, “who could be Europe-bound.” Morocco’s forward Ayoub El Kaabi and midfielder Waleed El Karti were both included on the list.

Introducing El Kaabi, the British news outlet says that he was the top scorer at the tournament after earning nine goals for his team in “just five appearances.”

“No-one has ever scored more goals in a single African Nations Championship before.”

The Casablanca-born star delivered excellent performances during the competition. His world-class skills were showcased during the semi-final match against Namibia on January 27.

As the competition is considered to be an opportunity for the African players, El Kaabi has reportedly received several offers, especially from Egyptian top-ranked football clubs.

According to The Sun, El Karti’s skills and abilities are clear, “although he had found it difficult to break into the main national team squad.”

Recalling El Karti’s goal against Egyptian top-ranked football team Al Ahly during the final game of the African Champions League, The Sun called him“one of the most talented [football] players to come out of Morocco in recent years.”

The news outlet added that the competition is still a chance for football stars to “catch the eye and maybe, earn a big move to a European league.”