Rabat - In order to finance the first phase of the Nador West Med (NWM) project, the government is set to attract at least MAD 30 billion of private investments. 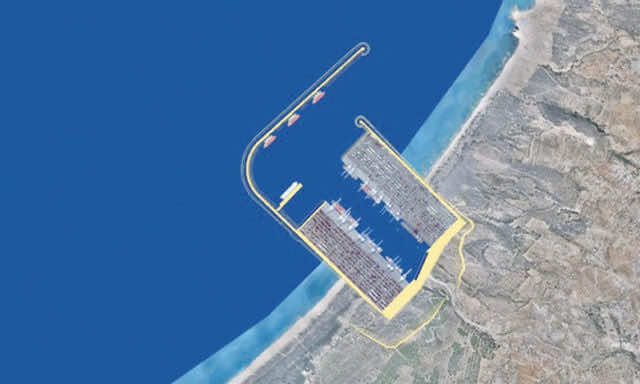 Rabat – In order to finance the first phase of the Nador West Med (NWM) project, the government is set to attract at least MAD 30 billion of private investments.

Coming from Moroccan nationals or other interested foreign investors, these funds are expected to be entirely disbursed for the first phase of the multifunctional site which is being constructed and will include a port and other kindred industries.

“The project, given its conception—particularly its geographic location, will definitely attract other national and foreign investments, and will be a key factor in generating huge riches and numerous jobs, particularly for the Eastern part,” said senior employee at Nador West Med S.A, the company charged with developing, managing, and promoting the giant project.

“Today, it truly is a race against the clock that has been declared in this first phase, and the works are going as initially planned, with a long-term development-oriented vision. Port infrastructures as well as the sea area associated with this first stage are set to be operational by mid 2021,” an informant noted.

The government, for its part, as a crucial contributor to the realization of the project through the Hassan II funds, the Special Agency of Medideteranean Tangier, and the National Agency of Ports, is expecting the creation of 100,000 to 115,000 direct and indirect jobs by 2034, as well as massive revenues for public treasury estimated between 15 and 22 billion by 2021-2034.

The site will receive a wide range of activities—storage, hydrocarbons and logistics-related industries, for example.

“According to the latest estimations, global investments in this first stage, public and private, are set to be around MAD 70 billion by 2034,” said the source.

As far as public investment is concerned, MAD 10 billion will be invested in the infrastructures, while 5 billion will go to the superstructures.

MAD 4.5 to MAD 5 more billion will also be invested in the motorway and railway linkage projects (these estimations are yet to be confirmed by studies set to be conducted by Morocco’s Railways Society (ADM) and the ONCF). MAD 3 more billion will be disbursed for maintenance and planning works in the project area.

It should be noted that the Nador West Med project is being realized in the strategic bay of Bettoya, 30 km away from the town of Nador. The site is comprised of port infrastructures in duty-free zones, of a duty-free industrial platform on a total surface of 1500 ha and a development zone covering about 2,500 ha (at the time of study).

Concerning the port infrastructures, it is the consortium consisting of Morocco’s SGTM, Turkey’s STFA and Luxembourg Jan De Nul (JDN) which won, by means of an international call for bids launched in 2015, the bid for completing the first stage of the Nador West Med project.