Rabat - In an interview  conducted by Bein Sports, Moroccan professional footballer Yassin Ayoub, stated his ambition to play for Morocco in the 2018 World Cup. 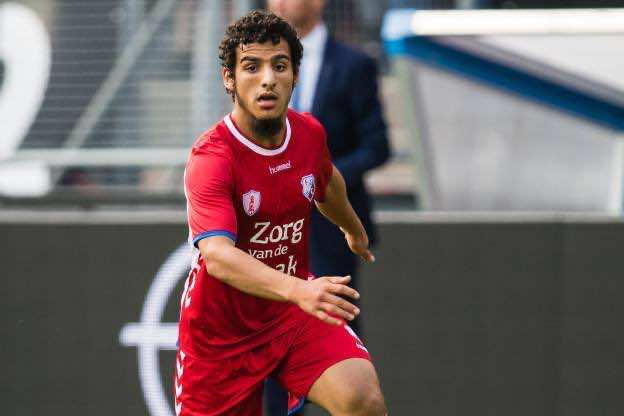 Rabat – In an interview  conducted by Bein Sports, Moroccan professional footballer Yassin Ayoub, stated his ambition to play for Morocco in the 2018 World Cup.

The 23-year-old player is a midfielder for a football club he just signed with for 4 seasons last month, Feyenoord Rotterdam, which is ranked fifth in the Netherland championship Eredivisie.

In the interview he highlighted that he thought through his deal with Feyenoord Rotterdam thoroughly. Though he was approached by Turkish football clubs, Ayoub wanted to stay in Netherlands close to his family.

Yassin Ayoub was born on March 6, 1994, in Al Hoceima in Morocco. The footballer immigrated with his family to Amsterdam in Netherlands at the age of 5.

Ayoub stated his ambition to play for Morocco in the 2018 World Cup, hoping that the coach of Atlas Lions, Hervé Renard, would notice him.

“I really wish to be there with them. I was born in Morocco–I’d really love to play for Morocco. I hope Renard notices me and selects me.”

Ayoub began his career playing with the junior club of De Dijk, then transferred to the football academy HFC Haarlem. Years later, he moved to Ajax Amsterdam until 2008, when the professional league club FC Utrecht embraced him. In 2011, he won the UEFA European Under-17 Championship with Netherlands U-17 squad.

It makes sense to move this here, as you mention his family in the previous sentence.