Rabat - After being suspected of hiding drugs in her stomach, a Brazilian woman was arrested on February 1 at the Mohammed V International Airport.

Rabat – After being suspected of hiding drugs in her stomach, a Brazilian woman was arrested on February 1 at the Mohammed V International Airport.

The national police (DSGN) said in a statement that the alleged trafficker, aged 59, was arrested upon her arrival onboard a flight from Sao Paulo. The suspect was later sent to the Ibn Rochd university hospital in Casablanca where a quantity of 750 g of cocaine, 89 pills, was removed from her stomach.

The alleged trafficker remained in custody in order to complete an investigation led by the public prosecutor, according to the same source.

This is not the first drug trafficking incident of its kind to happen in Morocco. In fact, in July 2017 1140 g of cocaine was found in the stomach of another Brazilian woman at Mohammed V Airport. Similarly, in December 2017, a quantity of 1.455 kg of cocaine was found hidden in the underwear of a 33-year-old Brazilian national. 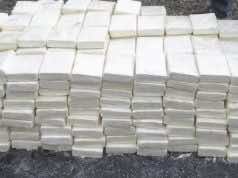 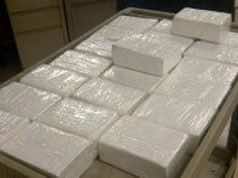 Morocco Arrests Nigerian with 72 Cocaine Capsules in Stomach at Airport