Rabat - Forty-six percent of Moroccans are believed to suffer from sexual dysfunction, according to Moroccan professor and sexologist Ahmed El Mansouri.

Rabat – Forty-six percent of Moroccans are believed to suffer from sexual dysfunction, according to Moroccan professor and sexologist Ahmed El Mansouri.

The professor made his remarks during a symposium held in Marrakech under the theme of  “Spousal Rights: Sexual Dysfunctions in Marriage and its Effects.”

Sexual dysfunctions, also referred to as impotence can have serious consequences if left untreated. According to the expert, this issue can cause depression, which might lead to suicide.

El Mansouri said with the presence of medicines, this issue can be easily solved. Sexual dysfunctions can also be treated through surgeries nowadays, added the sexologist. 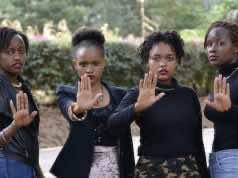