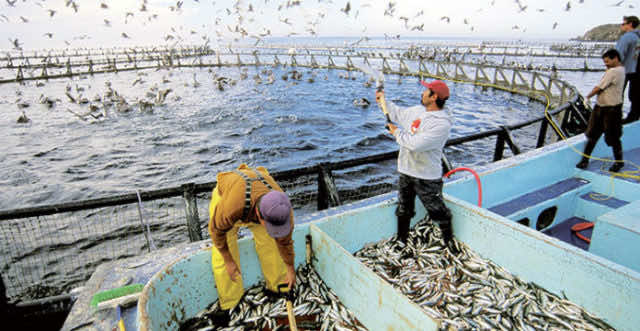 During her visit to Japan this past week, Bouaida met with several senior Japanese officials to learn about Japanese techniques in the areas of aquaculture and fisheries, said a release by the National Aquaculture Development Agency. She was accompanied by Director of the National Aquaculture Development Agency, Majida Maarouf, and Morocco’s ambassador to Japan, Rachad Bouhlal. Bouaida held talks with Japanese Minister of Agriculture, Forestry and Fisheries, Ken Saito.

Saito hailed Morocco’s leadership on the African continent and its commitment to the Ministerial Conference on Fisheries Cooperation among African States bordering the Atlantic Ocean. The kingdom has also played a positive role on the International Commission for the Conservation of Atlantic Tunas, the Convention on International Trade in Endangered Species of Wild Fauna and Flora and the International Whaling Commission (IWC).

Bouaida highlighted the opportunities offered by Moroccan shorelines for the development of aquaculture activities, reaffirming the Kingdom’s commitment to better governance of fisheries and natural resources.

During her talks with Japanese foreign minister Taro Kono, Bouaida lauded the efforts of Japan particularly with regards to the Japan International Cooperation Agency (JICA), which has launched several fisheries structuring projects in Morocco.

For his part, Kono noted Morocco’s strengths with regards to political stability, as well as its relations of cooperation at the regional and continental levels. During her meeting with JICA Vice President Junichi Yamada, the Moroccan State Secretary praised the efforts made by the JICA in developing international cooperation through commerce. Bouaida also shed light on the progress made through the Halieutis strategy, particularly with regards to the development of aquaculture.