In an interview conducted by the media outlet Hespress, Aujjar suggested another reading of the premarital sexual relations debacle that continues to raise many heated debates in Morocco, saying,”Consensual sexual relations between adults, without violence, do not concern society,” though the exercise of individual freedoms should be in accordance with the society’s values and respect public space.

“Freedom is a sacred value, and everyone can practice it according to their own convictions; but we must remind ourselves that we live in a Muslim and conservative society, which implies the respect of public space.

We must always triumph for freedom, and for respect of private and personal life, but the exercise of these freedoms should not go beyond public space.

“Consensual sexual relations, for example, between adults without violence, do not concern society… But they should not provoke the feelings of others, and whoever wants to exercise his/her freedom will do so; but he/she must respect others,” the minister explained.

The debate over sexual relations in Morocco has increased in intensity since 2012. After a group of Moroccan activists called on the Ministry of Justice to repeal article 490 of the Penal Code, authorizing premarital sexual relations between adults.

Under the current Penal Code article, Moroccans can be jailed up to one year for having sexual relations outside marriage, especially if neighbors file a lawsuit against an unmarried couple. However, the couple is only arrested if the suspects confess or are “red-handed” by authorities during the sexual act.

However, foreign couples are exempt from this law, or at least they are not a part of the equation, given that there is no law that actually allows or forbids foreign couples from booking one room for two adults without a marriage contract.

A study conducted by the Moroccan Health Ministry in 2007 indicated that “36 percent of young Moroccan men have had sex outside marriage, while the number of unmarried young women who have lost their virginity is much lower, at 15 percent.”

The actual percentage of people having sex before marriage is undoubtedly higher, as few people would honestly answer such a question. The criminalization of premarital sexual relations is mainly based on Islamic law, which bans unmarried people from engaging in sexual activity.

In December 2012, 22 feminist organisations called to repeal Penal Code Article 490, which prohibits sexual relations outside of marriage in Morocco. Following these demands, former Justice Minister Ramid, who belongs to Morocco’s ruling Islamist party, declared his opposition, saying that “these sexual relationships undermine the foundations of our society.” 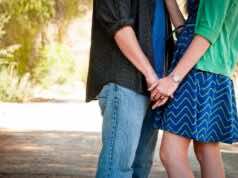 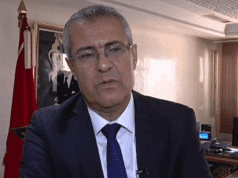