Rabat - A map featuring a Morocco without the Sahara has allegedly been displayed at the Casablanca book fair. 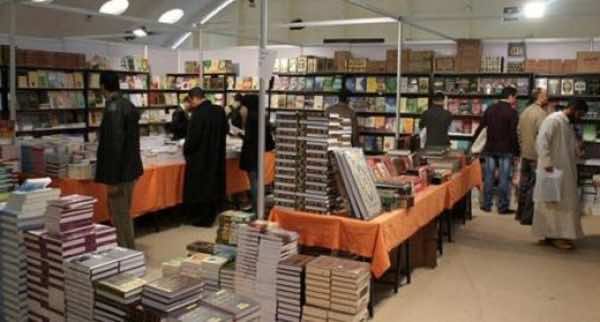 Rabat – A map featuring a Morocco without the Sahara has allegedly been displayed at the Casablanca book fair.

According to reports, an editor from Egypt—a country which was invited as special guest at the SIEL (Book and Editing Salon)—displayed a book entitled A Summary of General African History. The book is said to be about national liberation movements and to have allegedly featured the Polisario-proclaimed Saharawi republic as an example of such nationalist movements.

Hasan El Ouazzani, director of the book fair told the press, in the aftermath of the incident, that the said book was removed from its stand as soon as the “provocative message” was noticed by organizers.

As news of the sensitive and contentious incident sparked numerous controversies on a number of media, the organizing committee of the event released a press statement to reassure Moroccans that adequate measures had been taken to prevent an incident such as this.

“The organizing committee of the Casablanca Book Fair reports that the Monitoring Committee has monitored all the books displayed in the publishers’ gallery, and it has confirmed that the book has not been present in those galleries. The Directorate confirms that the joint committee of various government sectors has been working for three months in accordance with the legal standards governing the exhibition and in accordance with the requirements of the related terms of services, as well as the provisions of the Press and Publication Law. The Committee had withdrawn some of the copies that were to be exhibited”, said the press release.

But these belated cautionary measures did not prove sufficient enough to soothe the tension and uproar that the incident had already provoked in the country.

Observers and commentators have pointed out that giving the green light to such a book at an important national cultural event deserves to be harshly reprimanded as it is an unforgivable blow to the kingdom’s territorial integrity, with some adding that a map such the one featured in the book fuels the propagandists’ chimera of an impossible republic.

Commenting on the organization committee’s reassuring message, which it found unconvincing, Le 360, one of the country’s leading francophone outlets, fumed: “Had this reprehensible incident taken place in some place overseas, it could have been understandable… But this violation of our territorial integrity has happened under our nose, and we deserve due clarifications from relevant ministry.”

“This can’t be left unpunished”, the outlet concluded, particularly stressing that more vigilance and caution will from now on be required to prevent the “enemies of the kingdom” from having the kind of visibility and ‘legitimacy’, however bogus, that this unfortunate incident may have given to their cause.