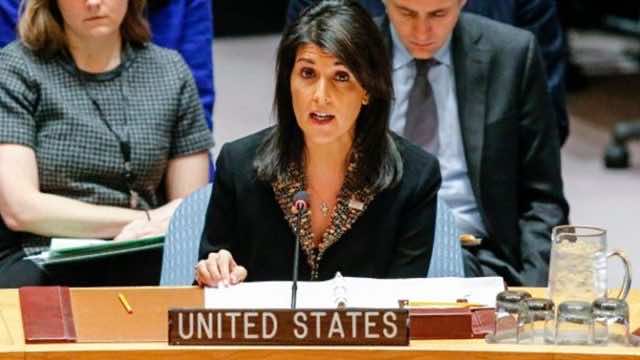 The Department of State, in the new budget proposal for Fiscal Year 2019, envisions cutting more than half of American contributions to global affairs, especially peacekeeping and international cooperation missions in the Middle East, with the move more particularly targeting UN missions in Lebanon, the Golan Height, and MINURSO in Western Sahara.

“The Fiscal year 2019 request reflects the administration’s commitment to seek reduced costs by reevaluating the mandates, design, and implementation of peacekeeping missions and sharing the funding burden more fairly among UN members,” said the budget plan.

“MINURSO may achieve slight efficiencies in civilian staffing as well as light reduction in the force,” read part of the proposed plan as it addressed the Trump’s administration’s plan for Western Sahara.

The Trump administration’s budget blueprint for fiscal year 2019 proposes to cut MINURSO’s budget by more than half, namely from $18.4m to $8.4m.

MINURSO, which was established in 1991 under UN Security Council resolution 690 and whose mandate was renewed in 2015, is charged with “monitoring the ceasefire between Morocco and the Polisario” as well as ensuring the organization of a referendum at the convenience of both parts.

Since the US is the largest contributor to UN peacekeeping operations—under UN charter America is responsible for 28.5% of the peacekeeping budget—many observers have predicted negative ramifications for world peace if the Trump Administration’s budget is to pass congress.

Speaking to the press earlier this week, Douglas Piktin, acting director of the State Department’s Bureau of Budget and Planning, said: “Because we are looking for greater costs containment at the UN more generally, we do have lower funding level than the full peacekeeping estimate.” He however added that the estimated numbers for FY 2019 are subject to change.

The Trump administration is notorious for its lack of faith in the UN. Late last year, in December, Nikki Haley, the US ambassador at the UN, spoke up against the UN’s “inefficiency and overspending,” adding, in the outcry that followed Trump’s Jerusalem statement, that “We [the U.S.] will no longer let the generosity of the American people be taken advantage of.”

So while the State Department associates this decision to slash America’s contribution to global peacekeeping missions with a severe budget constraint, critiques have raised concerns about the Trump administration’s being a seething hotbed of poor strategic thinking and short-sighted foreign policy guidelines, all of which, they say, has been harming America’s leadership position in international affairs.

In a statement released this week about the US 2019 budget for global peacekeeping, The Better World Campaign, an organization seeking to reinforce UN-US cooperation, said: “The Trump Administration is proposing unwise and disproportionate cuts to US foreign affairs spending, which would undermine American leadership globally, including at the UN and its agencies.” The statement also stressed “the importance of robust foreign affairs spending and continued support for the UN.”

The president however did not seem to have been bothered by mounting criticisms of his foreign policy.

Trump is said to be focusing more on domestic fronts, especially increasing US military spending and building new infrastructures.

“This will be a big week for infrastructure. After so stupidly spending $7 trillion in the Middle East, it is now time to start investing in our country,” Trump tweeted on Monday. 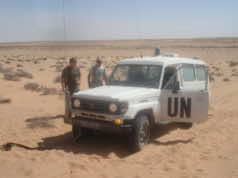 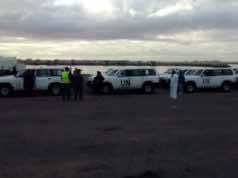 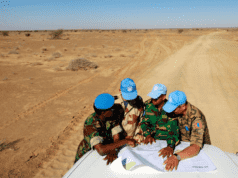