Rabat - The bodies of three Moroccan victims who died in a fire in Sharjah in the United Arab Emirates were repatriated today for burial in Morocco. 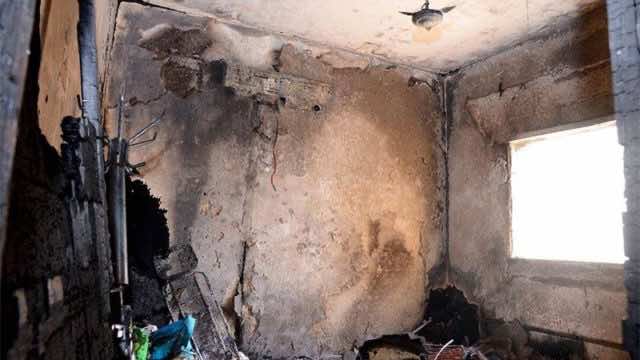 Rabat – The bodies of three Moroccan victims who died in a fire in Sharjah in the United Arab Emirates were repatriated today for burial in Morocco.

The 38-year-old Moroccan citizen and her two children, aged 4 and 6, died of suffocation following the breakout of a fire in the building where they lived in Sharjah.

Moroccan Ministry of Foreign Affairs and Migration Affairs, in coordination with the Moroccan Embassy in Abu Dhabi and the Consulate General of the Kingdom to Dubai took the necessary administrative steps and measures for their repatriation.

The fire broke out on Monday in an apartment building in Sharjah, UAE officials have confirmed. Five victims died in the fire, including a 40-year-old Pakistani woman an a 35-year-old Indian man.

“As soon as the accident was reported to the Sharjah Police Central Operations Room, units from the Civil Defence and Anjad rushed to the scene and arrived within two minutes,” . Brigadier Mohammed Rashid Bin Bayat, head of operations at Sharjah Police told Gulf Today.

The police began evacuating the residents but could not save all the victims, including the Moroccan woman who worked in the Sharjah Ladies Club, and her two children, Bayat said.

Initial reports suggested the fire might have started from an air-conditioning unit.

“The fire gutted an apartment on the first floor of the building and its smoke spread in the whole building,” Colonel Sami Khamis Al Naqbi, director-general of Sharjah Civil Defence, told Gulf News.

Abdullah, a worker at the nearby supermarket, told the Khaleej Times that “the Moroccan woman used to come down every morning to take the two children to school in her Nissan Murano, which was seen parked just outside the supermarket. Even yesterday she bought groceries.”