Rabat - On Thursday, authorities in the city of Fez arrested three suspects for their alleged involvement in kidnapping an eight-year-old boy.

Rabat – On Thursday, authorities in the city of Fez arrested three suspects for their alleged involvement in kidnapping an eight-year-old boy.

Fez’s police managed to arrest the alleged defendants owing to an information provided by the Directorate of Territorial Surveillance (DGST).

The suspects involved in the ransom case, freed their 8-year old victim yesterday afternoon after receiving a ransom of MAD 300,000, according to a statement by the General Directorate of National Security (DGSN).

Preliminary investigations show that gang’s mastermind and accomplices were already the subject of a search warrant for different crimes and offenses in several cities across the country.

The suspects were placed in police custody while investigations are underway to determine the circumstances of the incident. Search operations are still underway to seize the assets used by the criminals to undermine the safety and security of citizens.

In October 2017, Morocco’s police arrested members of a criminal gang suspected of several serious crimes, including kidnapping and demanding ransom.

The arrested criminals were reportedly operating in Casablanca, Fez, and Agadir. The Moroccan Ministry of Interior reported that the criminals were kidnapping their mostly wealthy victims and forcing their families to pay ransoms for their release. 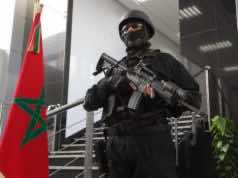