Rabat - Emma Gonzalez and fellow survivors of the deadly shooting at Marjory Stoneman Douglas High School in Florida have been determined since the incident to make their voices heard and to fight against gun violence that has been claiming the lives of innocent people in the United States.

Rabat – Emma Gonzalez and fellow survivors of the deadly shooting at Marjory Stoneman Douglas High School in Florida have been determined since the incident to make their voices heard and to fight against gun violence that has been claiming the lives of innocent people in the United States.

The student, who is now leading the students demanding action following the tragedy, took on a National Rifle Association spokesperson at a CNN town hall meeting on February 21.

Gonzalez was provided with the opportunity to question gun rights advocate Dana Loesch about her opinions regarding gun control in the US.

Addressing Dana Loesch, who is a mother of two, Gonzalez said: “I want you to know that we will support your children in the way that you will not.”

The teenager also said, “the shooter at our school obtained weapons that he used on us legally. Do you believe that it should be harder to obtain the semi-automatic and fully automatic weapons and the modifications for these weapons to make them fully automatic like bump stocks?”

The NRA spokeswoman has been at the center of the gun control debate. “Well first off Emma, I want to applaud you for standing up and speaking out,” said the spokeswoman, adding that “none of the students should be criticized for speaking out.”

“Now, I want to answer your question, and I want to be allowed the opportunity, which is why I am here, to talk and have this discussion with you all and answer these questions.”

However, the spokeswoman did little to win Gonzalez or the audience’s approval.

According to the British news outlet, Telegraph, numerous American companies have severed their ties with the National Rifle Association (NRA) after public outrage against the gun lobby spread.

The February 15 shooting in Parkland, Florida claimed 17 lives while many others were injured. The shooting was the deadliest U.S school shooting since 2012

On February 17, a massive rally in Florida was attended by survivors of the Florida school shooting. Together with parents and numerous local politicians, the crowd, visibly angered by the death toll, protested the president’s stance on gun control and the lack of political dialogue on the issue in Congress. The crowd chanted “shame on you” as they attacked politicians and lawmakers said to have links with the NRA, one of the country’s most powerful interest groups. The gun rights group advocates for gun rights and opposes gun ownership restrictions.

The crowd, singling Donald Trump out as one of the politicians receiving huge financial support from the NRA, called for tougher restrictions on guns, with Gonzalez telling the press that gun control is a “matter of life and death”, and “not a political question.” 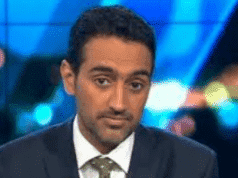 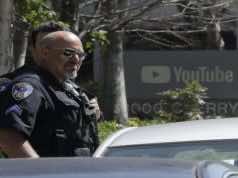