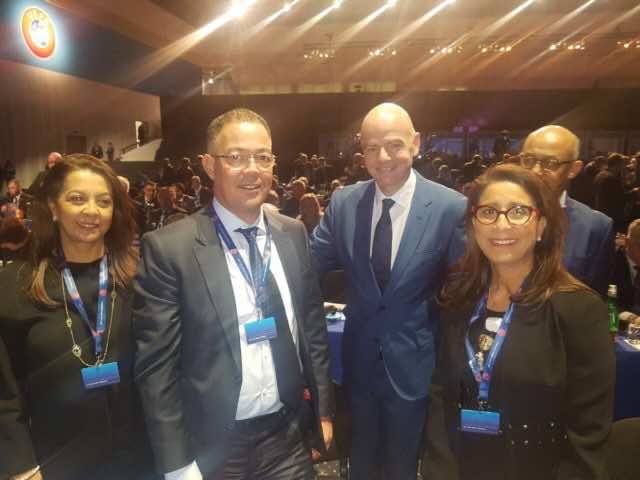 The event is an opportunity for Lekjaa, who is also the third vice president of the African Football Confederation (CAF), to introduce Morocco’s 2026 World Cup bid to the attendees of the congress.

Only a few months separate Morocco from the FIFA decision regarding the host of the 2026 World Cup.

Morocco submitted its candidacy to host the tournament on August 11, 2017. The North African country is competing against the three-nation American bid featuring Mexico, USA, and Canada.

The 42nd Ordinary Congress marks the election of one member of the UEFA Executive Committee for a one-year term, as well as one European vice-president on the FIFA Council, according to UEFA.

The Congress also appointed a representative of the European  Professional Football Leagues (EPFL) as a full member of the Executive Committee.