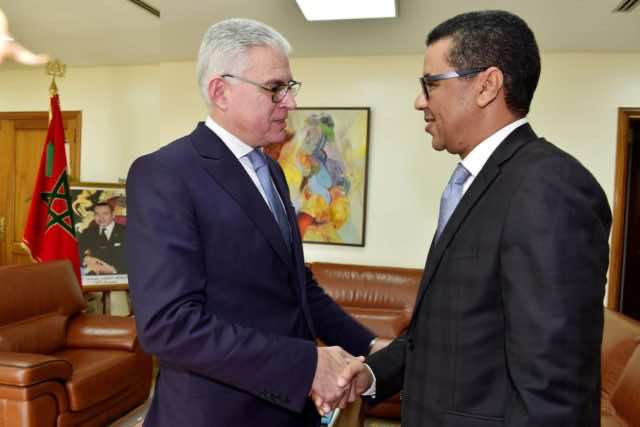 The news was confirmed by the Moroccan Ministry of Foreign Affairs and International Cooperation.

Ould Aboye was appointed an ambassador for the Islamic Republic of Mauritania to Morocco in December 2017. The past few years have seen on and off the diplomatic tension between Morocco and Mauritania over political and regional issues, including the Western Sahara conflict. His appointment came a few months after the appointment of the new Moroccan ambassador to Mauritania, Hamid Chabar.

Ould Aboye’s appointment also comes six years after the departure of the previous Mauritanian ambassador in 2012.

Recently, Morocco and Mauritania have both expressed a willingness to reestablish closer diplomatic ties.

In an interview with the Paris-based magazine, Jeune Afrique, Mauritania’s President Mohamed Ould Abdelaziz said that Mauritanian-Moroccan relations “have been somewhat lethargic, there have been ups and downs, but they are improving and our goal is to strengthen them further.”

Western Sahara Conflict is a Headache

During his interview with the pan-African magazine, the Mauritanian President named the Western Sahara conflict as the main reason for the current tensions between the two Maghreb nations. “It’s a real headache, we’re going around in circles!”, said the president.

The Western Sahara conflict, according to Ould Abdelaziz, requires sacrifices from both sides.

“There should be a lot of sacrifices on both sides and, above all, a political will to solve this problem by going beyond rivalries between states in the name of a global vision of the Maghreb.”

“If we do not create it ourselves, we will have failed an important part of our mission, but I am sure that future generations will do it,” he said.