The hostile motions were suggested by the leftist Spanish political coalition, Podemos-Compromís.

The motions sought to urge the European Union and all authorities to ensure compliance with the EU Court of Justice (ECJ), which decided on February 27, that the EU-Morocco fisheries deal “is valid in so far as it is not applicable to Western Sahara [and] to its adjacent waters.”

The parties also suggested that the Spanish government has to express its concerns over the fisheries and agriculture agreements signed between the EU and Morocco, reported Spanish news outlet Cuatro.

The Spanish government, according to the coalition, needs to stand against “the exploitation of the natural resources of Western Sahara by European companies, which are violating the international law.”

The deputy spokesman of the conservative party, Pedro Agramunt, said that the adoption of such an institutional declaration “would be very counterproductive” for technical contacts between the EU and Morocco. The motions, according to Agramunt, would even “lead to a political crisis with Morocco.”

“Spain as a neighboring country would be affected,” added the Spanish official.

“The EU must exclude Western Sahara from its next agreement with Morocco,” demanded Torres, who also demanded the signing of a bilateral agreement between the EU and Western Sahara, “which must legally control its waters, as recognized by the Court of Justice and the EU in its recent ruling,” said the parliamentarians.

Morocco has already made its position clear on this issue, reaffirming that Morocco always strives to preserve its “sovereignty, unity, and belonging to its southern provinces,” in all international agreements.

Morocco’s Foreign Affairs Minister Nasser Bourita also responded to the ECJ ruling, emphasizing that “nothing in the [ECJ’s] verdict challenges the political legitimacy of Morocco to  conclude agreements regarding the Moroccan Sahara with the EU.”

This is not the first time Podemos made a separatist remark regarding the Western Sahara issue. In February, a parliamentarian from the Podemos coalition urged Spanish Minister of Foreign Affairs Alfonso Dastis to use diplomatic powers to “prevent” multinational companies from exploiting the natural resources of a marine area that is considered a “cetacean sanctuary.”

The Podemos parliamentarian claimed that the waters between the cities of Tan-Tan and Sidi, where oil exploration projects are carried out by the Italian company, ENI, belong to the area ‘taken away from the Sahrawi people.”

In response to the accusations made by the MP against Morocco, Dastis said that Morocco and Spain have not delineated their waters.

Instead, both countries are acting in accordance with standard equidistance principles. The minister reinforced his statement by emphasizing that applying this criterion would further prove that the waters are undoubtedly within the jurisdiction of Morocco. 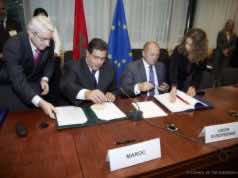 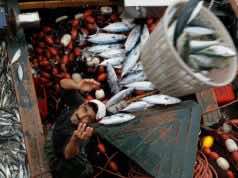 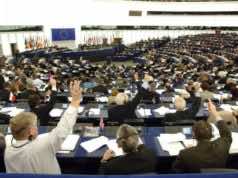