Rabat - Recalling the increasing number of countries that have withdrawn their recognition of the Polisario Front-proclaimed Sahrawi Arab Democratic Republic (SADR), the Argentinian Independent news agency, Total News, said that many nations across the world have become aware of the danger posed by the separatist group. 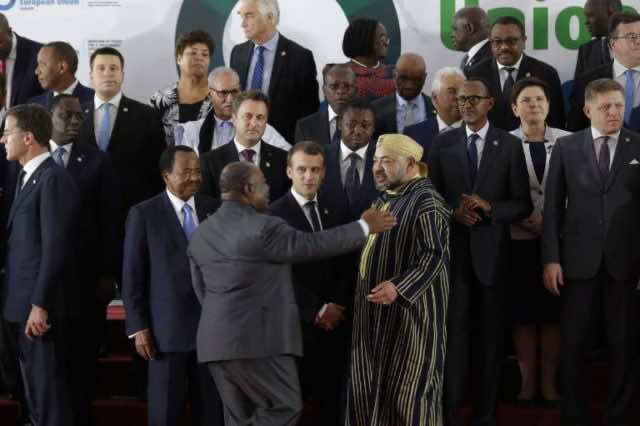 Rabat – Recalling the increasing number of countries that have withdrawn their recognition of the Polisario Front-proclaimed Sahrawi Arab Democratic Republic (SADR), the Argentinian Independent news agency, Total News, said that many nations across the world have become aware of the danger posed by the separatist group.

“With the recent decision of the Republic of Zambia, there are 36 African countries that have withdrawn their recognition to the false state of the SADR,” wrote the publication’s author, Alberto Carlos Agozino.

On March 1, Zambia’s Minister of Foreign Affairs Joseph Malanji reaffirmed that his country has severed all ties with the so-called SADR.

The Zambian official, who joined Morocco’s Minister of Foreign Affairs Nasser Bourita at a press conference in Rabat, said that “Lusaka no longer maintains bilateral relations with SADR.”

Referring to the separatist group’s core ideological beliefs that seek to undermine the integrity and sovereignty of nations, the Argentinian source said that many countries have become aware of the “the danger of separatism and [how it can affect] the stability of the world.”

These countries, according to Total News, “have begun to reconsider their relations with the groups, who use their ideologies as a pretext to justify their activities.”

Agozino also emphasized that several nations have managed to decode the separatists’ group motives, especially on the African continent, where Moroccan diplomacy has led to increasing support from several countries for the Moroccan position on the Western Sahara conflict, based in part on the personal diplomacy of King Mohammad VI.

Total News added, “At the beginning of 2017, Morocco returned to the African Union, the only international organization where the Polisario enjoyed some recognition.”

Referring to King Mohammed VI’s Migration Agenda which is intended to gain stability for immigration on the continent, Argentina’s independent news agency said that this move “reflects Morocco’s leadership in African affairs.”

In his analysis, Agozino, who is also the author of “Geopolitics of the Sahara and the Sahel,” emphasizes that the influence of Morocco’s diplomacy is not limited just to Africa, but extends to other parts of the world.

“Morocco has established diplomatic relations with Cuba,” which earlier had supported Polisario during the long rule of its former president, Fidel Castro

The tension between the two countries goes back to the 1960s when Cuba chose to side with Algeria on the Sahara issue, sending their military troops to Algiers during its conflict with Morocco that later became known as the “Sand War.”

In April 2017, King Mohammed VI and his royal family spent a vacation in Cuba. The vacation, however, raised the front’s fear about a loss of influence and support.

According to Total News, “the establishment of direct links between Rabat and Havana, and the development of an increasing economic cooperation between both government put in check the ties between Cubans and Polisario.”

Agozinio, who is also a professor at the John F. Kennedy University in Buenos Aires, concluded his analysis by saying that the growing isolation of the Polisario Front may lead it to adopt a more radical position at the international level. But many countries have developed a fuller understanding of the decades-long conflict in Western Sahara and the intentions of the Polisario Front.