Rabat - Former Spanish Prime Minister Felipe Gonzalez is expected to arrive in Rabat on March 8 to pay a tribute to Moroccan former Head of Government, Abderrahmane Youssoufi during his 94th birthday. 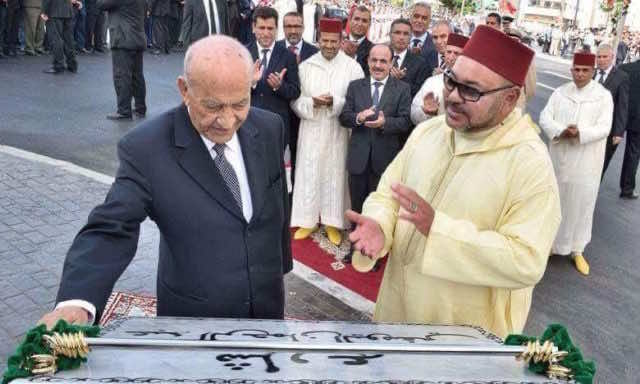 Rabat – Former Spanish Prime Minister Felipe Gonzalez is expected to arrive in Rabat on March 8 to pay a tribute to Moroccan former Head of Government, Abderrahmane Youssoufi during his 94th birthday.

Gonzalez, who has many friends in Morocco, is expected to visit the North African country next Thursday to participate in his long-time friend’s birthday, according to Spanish news agency EFE.

EFE also recalled Gonzalez’s visit to Morocco to attend the 2014 Throne Day as a personal guest.

Several international officials are expected to land in Morocco next Thursday to pay a tribute to the 94-year old Moroccan politician,  including Algerian former UN Special Representative for Syria, Lakhdar Brahimi and Egypt’s President of the National Human Rights Council, Mohamed Fayeq.

Youssoufi, who held the position of Prime Minister between 1998 and 2002, is one of the most respected political leaders in Morocco’s history, and an icon of Morocco’s resistance to French colonialism.

Born in Tangier, he was also a human rights lawyer.

In July 2016, King Mohammed VI inaugurated an avenue bearing the name of Abderrahmane Youssoufi in the city of Tangier.

The King’s gesture was a tribute to Youssoufi and his loyalty to the kingdom. Abderrahmane Youssoufi Avenue, which was previously called “Assalam,” is located in downtown Tangier.