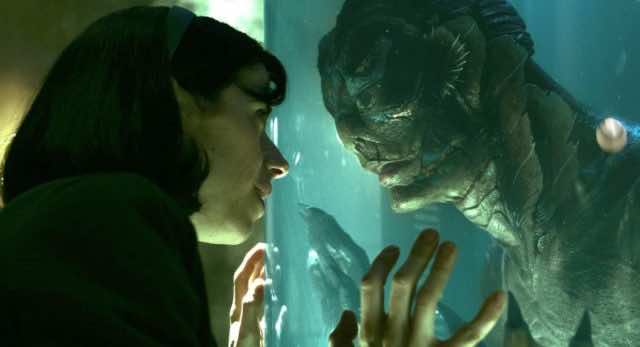 Rabat – “The Shape of Water” has risen to the top as the winner of Best Picture at the 90th annual Academy Awards in Los Angeles on Sunday night, March 4.

A fantasy/drama film, “The Shape of Water” is two hours in length and was originally released on December 1, 2017.

Written and directed by Guillermo del Toro, “The Shape of Water” follows the story of Elisa (played by Sally Hawkins), a mute janitress working night shifts at a top-secret government laboratory in 1962 Baltimore. Elisa’s life takes a major turn when she comes across and falls in love with the lab’s secret experiment, an aquatic-human hybrid creature that lives in a water tank.

Del Toro described “The Shape of Water” as a “simple story […] a fable, a fairytale for troubled times about a woman that falls in love with a creature, an amphibian man, and she’s a cleaner in a secret government facility during the Cold War, 1962, and the plot is simple so that we can then make the characters complex and the interactions thematic […]. It’s a movie that mixes thriller, musical, drama, melodrama, creature.”

Dialogue is not a part of the two protagonists’ roles, as del Toro said in an interview, they are “speechless, mute because, to me, love renders you speechless. And it was not about what they said to each other but how they recognized each other.”

Mexican director Guillermo del Toro has emerged triumphant with two Oscars to his name, one for Best Picture and one for Best Director.

“The Shape of Water” won against the hit movies “Dunkirk,” “Get Out,” “Call Me By Your Name,” and “Lady Bird.”