Rabat - In the aftermath of the Arab Spring that some people are now calling the “Arab Winter,” the MENA region has been defined by escalating conflict and failing states. 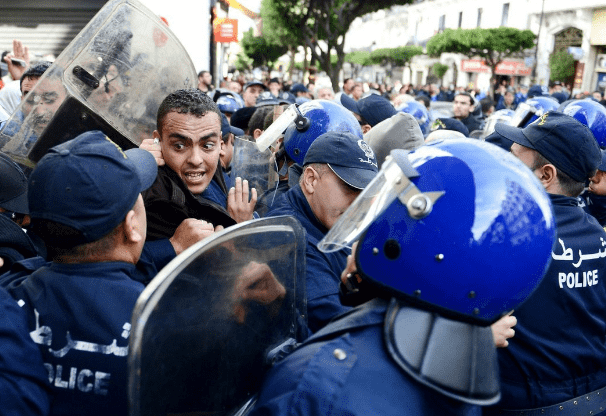 Rabat – In the aftermath of the Arab Spring that some people are now calling the “Arab Winter,” the MENA region has been defined by escalating conflict and failing states.

Like a row of dominos nation after nation has fallen into complete chaos: Syria, Libya, Iraq, and Yemen have followed this path, but where does the next domino fall? All eyes seem to be looking to Algeria, and the situation there seems to be a perfect storm waiting to break. So what exactly is that situation and why is the state that was barely touched by the Arab Spring about to collapse? And if it does collapse what will that look like?

To answer all those questions, one must look at Algeria’s recent past to provide a sense of the country’s political environment and identify the forces that could cause Algeria’s regime to collapse and the ways it can be avoided. Lastly, one must bring it all together to speculate on what the future of Algeria will look like. 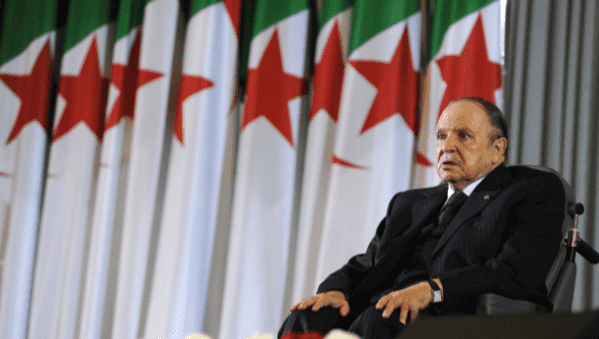 To begin, Algeria is no stranger to violence. France’s brutal cultural war and dismal treatment of Algerians during the colonial period instilled a sense of violence in the hearts and minds of Algerians. This violence has a name, “revolutionary violence” and is the idea that because of the violent acts committed by the French, violence done to achieve independence was not just permitted but necessary.

The war for independence spared few. Both sides used brutal tactics and by the time the French fully pulled out of Algeria, the trauma had left its mark on the psyche of the nation. This psychological impact showed itself again in the early 90s of the last century when democratically elected Islamist party FIS (Front islamique du Salut) threatened to remove the military from power. The Military responded once again with brutal violence and managed to consolidate their chokehold on political power by the end of the civil war in the year 2000 at the cost of thousands of lives (250 000 dead.)

Today, about 30 generals control the government of Algeria. They use terror and torture to subdue their rivals and generous handouts funded by hydrocarbon revenues to pacify the general population. On the other hand, the president of the country, Abdelaziz Bouteflika, is in very poor health and wasn’t even expected to live long enough to run in the last elections. If this already sounds like an awful situation, brace yourself, because it is about to get worse.

Human Rights Watch, however, gives a grim picture of human rights in Algeria in 2017 in the areas of freedom of assembly:[i]

“Algerian authorities routinely violate the right to freedom of assembly, despite constitutional guarantees of that right. The penal code punishes organizing or participating in an unauthorized demonstration in a public place with up to one year in prison (article 98). Authorities in Algiers, the capital, banned public demonstrations indefinitely in 2001, when the country was under a state of emergency. Authorities did not rescind the ban when they lifted the state of emergency in 2011.

The ban on demonstrations in Algiers is strictly enforced by authorities, who mobilize large numbers of police to thwart demonstrations and detain participants, usually holding them for a few hours before releasing them.

For example, on September 6, 2017, dozens of protesters took to a square in central Algiers wearing t-shirts with the words “Article 102,” referring to the constitutional article that stipu­lates a president can be removed from office if he cannot carry out his duties. At least six of them were detained for six hours before being released without charge, according to local media.”

as well as freedom of association, freedom of speech, women’s right, freedom of religion, sexual orientation and gender identity. Not to forget, also, that Sub-Saharan migrants are badly treated, repressed and deported by busloads to Mali and Niger in the most abject conditions. Worse, the authorities are accusing them of bringing into the country sexually transmissible diseases, drugs and petty and organized crime. Algeria relies on hydrocarbons for roughly 60% of government revenues, and In January of 2015 Algeria’s sovereign fund dropped by 11.6 billion USD. At that rate the sovereign fund will be depleted by the summer of 2016. While oil prices will rise, prolonging the emptying of the fund, unless there is a drastic change the fund won’t last longer than two years at the most. As a rentier state, the robustness of Algeria’s coercive apparatus, and therein its ability to maintain control, is dependent on hydrocarbon revenue.

When the salaries of soldiers, civil servants and the subsidized food and medicine evaporate, so will Bouteflika’s legitimacy, and the state will undoubtedly fail. Furthermore, Bouteflika may not live to see that moment, so it would be a new president, the first Algeria has seen since 1999, that would be at the head of this crisis. This is not to say that this disaster is totally unavoidable. The government of Algeria could make moves to prevent this catastrophe by looking to international organizations for aid.

Robert S. Ford, senior fellow, at the American think tank The Middle East Institute, highlights, in a paper, the frailty of the economy of Algeria:

“At the heart of Algeria’s economic frailty is the sustained distrust of the private sector and decades of dependence on the oil and gas sector. Bouteflika has urged his economic team to find ways to attract more investment, such as offering tax incentives. But no grand policies to entice foreign capital have come to fruition. In response to opposition criticism in November of a limited opening of shares in state-owned enterprises, Finance Minister Abderrahmane Benkhalfa highlighted that investment projects with foreigners still require a minimum Algerian ownership of 51 percent. In addition, the government is instituting in 2016 new, more restrictive licensing requirements for foreign trade and services. The Heritage Foundation recently rated Algeria next to last in the Middle East/North Africa region for economic freedom, labeling the economic system as “repressed”.”

However, there is no such thing as a free lunch, and in order for Algeria to receive funding it will first have to make changes, such as opening its political system. A rational government would make these changes, but those who rule Algeria today got their power through unbelievable bloodshed and violence be it psychological or physical, and it wouldn’t be surprising if they would rather watch their country be consumed in flames than relinquish the power they fought so hard to attain.

One solution is to radically boost hydrocarbon production to make up for the drop in prices. Algeria has already started looking into shale gas but this has just heightened tensions between the politically divided north and south and is just prolonging the inevitable. The only internal solution left would be to radically change the structure of Algeria’s economy and diversify away from hydrocarbon rents. This is the long shot of all long shots though, and the unrest caused by a rapid shift in the economy could be enough to cause a revolution.

No matter what way you look at it Algeria seems to be headed towards disaster. When the sovereign fund runs out the country will probably breakout in violence as Islamist groups will seek to use the popular unrest to gain power. The government will, undoubtedly, hold on to power as long as possible using any means they have. Massive human rights violations will attract the attention of international powers and the situation will deteriorate.

Algeria will likely look a whole lot like its neighbor Libya, with the state divided into at least three sub states controlled by opposing forces. With no real hope for Algeria’s future, all anyone can do is prepare for the worst, and begin working on solutions to eventually pull the country up from the ashes of the impending civil war.