Rabat - On Monday, the General Delegation for Administration and Rehabilitation (DGAPR) released a statement responding to the allegations of a woman who claims to be the sister of one of the detainees involved in the Al-Hoceima protests. 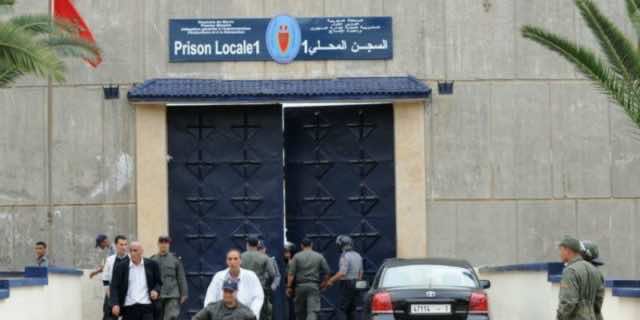 Rabat – On Monday, the General Delegation for Administration and Rehabilitation (DGAPR) released a statement responding to the allegations of a woman who claims to be the sister of one of the detainees involved in the Al-Hoceima protests.

Speaking before the European Parliament, the woman accused the director and staff of Casablanca’s Ain Sebaa Prison of torturing the Hirak detainees awaiting trial for their participation in unauthorized protests in the Rif.

The woman accused prison staff of forcing the detainees to consume poisoned water, unprescribed medications, and of threatening to rape their relatives.

In response, DGAPR stated that the allegations are “unfounded,” adding that the prison’s director and the supervisory team treat the detainees in a responsible manner and ensure that detention conditions comply with national legislation.

DGAPR added that the detainees would not be alive if they had consumed toxic medications and poisoned water. The prison, according to DGAPR,  upholds the “rules of treatment that can in no way affect their physical and psychological integrity.”

The administration added that the prison offers detainees continuous medical examinations,  allows visits from inmates’ defense lawyers, and enables them to attend weekly hearings in court. DGARP insists that if Hirak activists were, in fact, being mistreated, nothing would stop them from placing a formal complaint before the court during these regular meetings.

The DGAPR also stated that the relatives of the detainees visit them on a weekly basis and have never placed a complaint against the prison staff. The relatives’ visits are directly monitored by the National Council of Rights of the Homme (CNDH), a national institution for the protection and promotion of human rights in Morocco.

Approximately 400 Hirak activists were arrested in a crackdown in Al-Hoceima province between 2016 and 2017, following the death of Mouhcine Fikri—a local fishmonger who was crushed to death in a garbage truck.

Fikri’s death sparked many protests in Al-Hoceima and the surrounding areas. Chanting slogans, the protesters decried social disparities in the region.

In response to the Rif demonstrations, King Mohammed VI tasked Driss Jettou, First President of the Court of Auditors, to present him with a report regarding the royal development projects delayed in Al-Hoceima.