The transport project will add 12 stops: four in Rabat and eight in Salé. The public works will and increase the total length of Line 2 by seven kilometers.

The existing tramway transports roughly 110,000 passengers per day, and has become a vital source of transport for the cities’ commuter populations. Since its launch in May 2011, the tramway has transported 197 million passengers to their destinations.

Anticipated to open in 2019, the new tramway is projected to grow the number of passengers by 35 percent and to reduce the metropolitan area’s carbon dioxide emissions by 4500 tons.

The new tramline will advance Morocco’s aims to reduce reliance on fossil fuels, in accordance with international climate regulation. The project is part of the 2014-2018 Rabat Development Integrated Program, “Rabat: City of Light, Moroccan Culture Capital.” 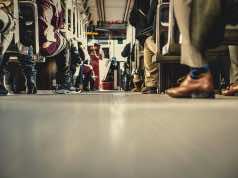