Rabat - The Crans Montana forum will kick off on March 15 for the fourth consecutive year in Dakhla, in southern Morocco. 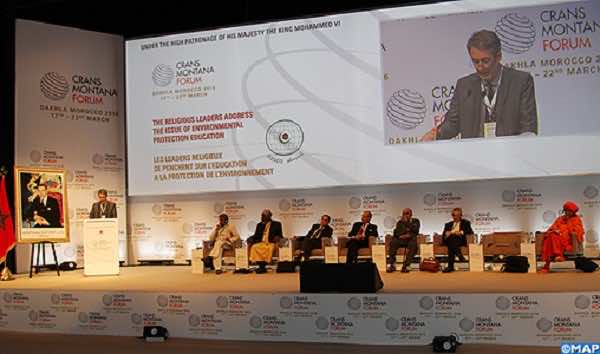 Rabat – The Crans Montana forum will kick off on March 15 for the fourth consecutive year in Dakhla, in southern Morocco.

The forum will take place despite efforts made by the Polisario, Algeria, and the African Union to prevent Morocco from holding the event in Dakhla.

Held under the patronage of King Mohammed VI, the upcoming edition will take place March 15-20, focusing this year on Africa and South-South cooperation.

This annual forum, which has become a “must for all those who are supporting Africa and its world integration,” according to the organizers, aims at “strengthening solidarity, the economic, social and environmental development of the continent and its relationships with other countries in the world, notably in the framework of the South-South Cooperation.”

Demonstrating to the world that Morocco is not isolated in its efforts to garner international recognition of its sovereignty over the disputed territory, the forum will bring together heads of states and governments, ministers, MPs, and businesses from all over the world, particularly from Africa, the Arab world, central Asia, and South America.

More than a thousand participants from 131 countries and representatives of 27 regional and international organizations will take part in the forum, discussing several topics, including food security, sustainable agriculture, renewable energies, youth and women’s empowerment, urban global management, and the ocean economy.

Founded in 1986 in Switzerland, the Crans Montana Forum is a non-governmental organization that focuses on encouraging international cooperation, dialogue, development, stability, peace, and security in the world.