Rabat - An Austrian parliament committee rejected a draft resolution which was hostile to Morocco’s position on Western Sahara. 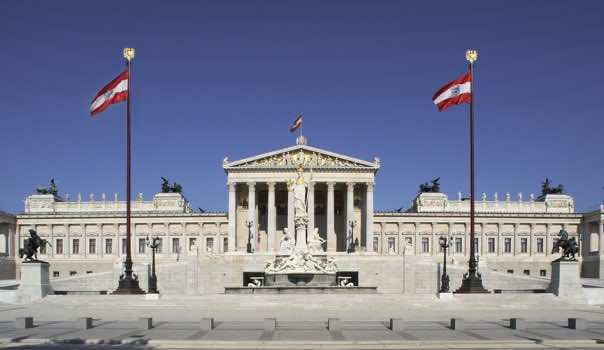 By
Safaa Kasraoui
-
Mar 11, 2018
Spread the love
Rabat – An Austrian parliament committee rejected a draft resolution which was hostile to Morocco’s position on Western Sahara.

During a March 7 Foreign Affairs Committee session at the Austrian parliament, several leftist politicians attempted to pass a draft resolution which was hostile to Morocco’s official stance on the four-decade-long conflict over Western Sahara.

The attempt to adopt a pro-separatist resolution was guided by a member of the Austrian Social Democratic Party, Petra Baur. The draft resolution called for the “extension of the mandate of MINURSO to include the monitoring of human rights,” an unidentified diplomatic source told Moroccan news outlet Le360.

The resolution, however, received “strong opposition” from other Austrian political parties and was outvoted and was put off forever, added the source.

“As soon as the draft resolution was tabled in early March, Moroccan authorities carried out an awareness campaign,” said the Moroccan diplomat.

In response to the draft resolution, “the Moroccan ambassador in Austria, Lotfi Bouchaara, met with several members of parliament from different political parties to alert them to the biased and subjective content of this draft resolution,” added the source.

According to the same source, “No resolution of the Security Council recommends the extension of MINURSO’s mandate to human rights. On the contrary, UN resolutions welcome the initiatives taken by Morocco in this regard.”

Quoting the Moroccan diplomat, Le360 added that “it is legally incorrect to say that all peacekeeping operations have a human rights component. This is inaccurate and unjustified in the cause of MINURSO because the Moroccan national institutions function perfectly as evidenced by the Security Council resolutions.”

Morocco has maintained long diplomatic ties with Austria. The bonds linking the two nations began in 1783. “It is a very old friendship that binds the two countries. In recent years, bilateral relations have intensified” between the two sides at different levels, including political-diplomatic, economic and cultural levels,” said the diplomatic source.

“We are committed to preserving and strengthening this positive dynamic. We took note of the Parliament’s decision not to adopt this resolution. It is a wise approach,” the Moroccan ambassador said.