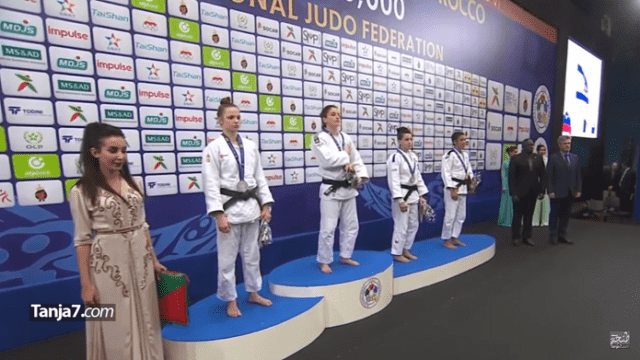 The anthem was played following the victory by Israeli judoka Timna Nelson-Levy, a situation that was strongly condemned by the youth wing of the Justice and Development Party (PJD). During the medal ceremony following Nelson-Levy’s victory, the Israeli flag was also raised.

In a statement published Sunday, March 11, on the PJD website, the party’s youth branch said that “raising the flag of the Zionist entity and playing its anthem for the first time in the history of the Kingdom of Morocco is a step of normalization, which is unacceptable and provocative to the feelings of the Moroccan people.”

The youth of the party urged the “Moroccan authorities to expel the representatives immediately of the Zionist entity from the Moroccan territories”, and to punish people or the entity that allowed the “desecration of Moroccan soil.”

The youth wing of PJD concluded its statement affirming that Jerusalem was and will always be the capital of Palestine.